Thinking About Other Possible Trade Targets 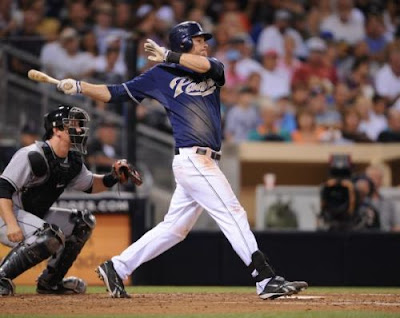 (This guy WOULD look good in pinstripes... )﻿

The Yankee trade talk has quieted down a bit since the Ichiro deal and the initial boom in hypotheticals in response to the Alex Rodriguez injury, but it's never wise to consider Cash "done" until the trade deadline has passed.  There are still a few days until the happens, and with Eric Chavez hobbled by an HBP last night, production from the catcher position still inconsistent and underwhelming, and the natural connection of the Yankees to any big name pitcher who may be available, it's still worth at least talking about what the Yankees could do.  At the moment there is nothing to indicate that the Yankees are or will be involved in major negotiations about any of the gentlemen mentioned below, but here's my takes on a few players whose services could fit the Yankees' future wants and current needs. 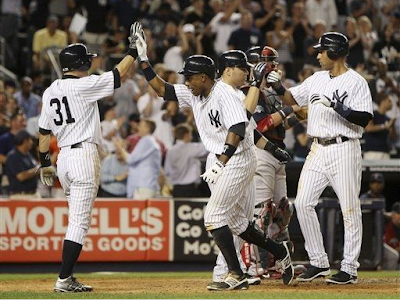 (A whole lotta something sorta Grand-ish.  Courtesy of The AP)﻿

Gonna have to make this one quick.  Damn internet at the apartment has been crapping out all last night and all this morning.  Plus the game was so one-side that I don't really need to waste a whole lot of words describing what everybody already knows.  But in case you missed it, here are the highlights.

- Mark Teixeira's hustle down the line and the Fraud Sawx's laziness in trying to turn 2 kept the bottom of the 1st alive for the Yankees, and Raul Ibanez made that count with a 2-run homer to make it 3-1 New York early.

- Bahhston would keep it close through 3 and a half innings thanks to 3 solo home runs off of Yankees' starter Phil Hughes, but that was all they would get as Hughes settled down and managed to work 7 innings.

- Props to Joe for sticking with Hughes despite Hughes having to work hard through 5 innings and clearly not having his best command, and props to Hughes for rewarding Joe's faith by retiring the sides in the 6th and 7th in order.