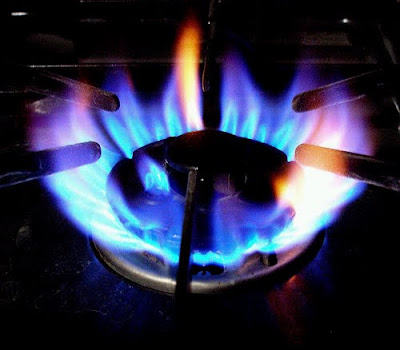 Despite having added Granderson and making their team better and younger in the process, the fact that the Yankees are focusing on Johnny Damon over Hideki Matsui is a smart move for next year.

First off, both guys practically put up the same numbers last year, so choosing Damon over Matsui wouldn't be a statistical downgrade.  If anything it makes the lineup more dangerous and more flexible than last season because you're adding more speed and athleticism while still keeping the dangerous lefty power bat that Damon presents in the new Stadium.

Also, Damon gives the Yankees much more flexibility at the DH position, where he most likely would, and should, play if he decides to re-sign.  The less wear and tear on his always-questionable legs will keep him fresh for the long haul of the 162 games and beyond, and the fact that he is still a relatively good outfielder means Joe can plug him into left field on days where Jorge, A-Rod, or anybody needs a DH day and not lose anything in the lineup.  Essentially you would be trading Melky for whoever is filling in at the other positions, be it Cervelli, Jerry Hairston, whoever.  Matsui's knees limit both what the Yankees can do with him and with the rest of the lineup, so Damon represents much more overall value as an offensive AND defensive player.

And of course, let's not forget the leverage the Yankees have over Damon.  If he wants to come back, he has to come back on the Yankees' terms.  If he decides to listen to his agent and try to play hardball with the Yanks by going for the big money, then he's gone and the Yankees can use that money to find another cheap, productive veteran to fill the DH/bench depth role.  Who knows?  Maybe that veteran becomes Matsui if he's still on the market.

* The Yanks have no Wang.

I can't say I'm surprised or disappointed by this move.  CMW has spent the majority of the last 2 seasons injured and the rest of team being woefully ineffective.  Despite the fact that he's reported to be ahead of schedule in his recovery, the fact of the matter is he won't be back to game-shape pitching form until June or July of next year and with Hughes, Joba, Gaudin, Mitre, Ivan Nova, and cheap free agent X all available to fill the back end of the rotation next year, there's no point in paying Wang millions to rehab in the minors.

* Juan Miranda a possibility at DH?

Brian Cashman certainly seems to think so.  I don't want to say I disagree with Cash, but I will say that I wouldn't mind getting my hands on whatever he's been smoking.

Sure Miranda has killed it in Triple-A, but so did Shelley Duncan and he fucking sucked in the majors.  Miranda is hitting .333 in his Major League career, but that career consists of 8 games.  You can pick anybody out of any Triple-A team to call up to the majors and they can hit .333 over an 8-game stretch.

I'm not saying I don't like Miranda as a part of the roster next season.  He's a decent first baseman and could very well be a productive hitter if given the chance and the at-bats.  But let's calm down and examine the more proven options for full-time DH next year before we start jumping on the Juan Miranda bandwagon.  Bring him into Spring Training, get him a shitload of at-bats against quality (key word: QUALITY) Major League pitching, and see how he does.  Then make a decision based on that, not on 8 career games against the lowest pitchers on teams' end-of-the-year 40-man roster.

Why the hell not?  The guy is a walking DL-stint, but he also was one of the most dominant pitchers in his league for a stretch of years when he was healthy and the combination of his injury-prone status and long time away from the mound means he's going to come cheap.

Cash has already been talking to his agent and Sheets is expected to be ready for Spring Training.  NL pitchers traditionally don't translate well to moving up to the Big League, but with Sheets' lack of history with AL teams it's more than likely that there isn't a very thick book on him in anybody's clubhouse.

The back end of the rotation is still a question mark and Sheets does pose a big question mark himself.  But he is a proven commodity and if his stuff is half of what it was at his peak, then he's just as viable an option for the back end of the rotation than Joba, Gaudin, or anybody.  Depending on how the Damon/Matsui situations play out, I don't think it would be too big of a risk to throw a $3-5mil, 1-year deal at Sheets (AKA "The Boston Red Sox-John Smoltz Special), and see what happens.

* Jason Bay blows off the Sox

Can't say I blame the guy.  When the leaders of the organization are already admitting that their team might not be very good this year, that's not something that usually translates into a good contract-negotiation bargaining chip.  Bay spent enough years being part of shitty teams in Pittsburgh; he wants to win now and I don't blame him.  I don't think going to the Mets for $5 million more is a good option either, but deciding to cut bait on Boston and leave them weaker in left field and in the middle of the lineup is music to my ears so I could really give a fuck where he ends up.

And if you're keeping score at home, Boston's opening day lineup as of today looks like this:

If that doesn't scream "Battling Toronto for 3rd place in the AL East," then I don't know what does.  And if they think throwing a bunch of money at Matt Holliday will help boost the lineup then Theo is even dumber than I thought.  Check Hollidays AL/NL splits from last year; his numbers in Oakland before the All-Star break were on par with Melky's numbers.  Not exactly $70 million-type production. 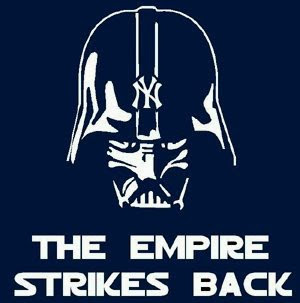