Just enough to kill some time on a Friday afternoon before everybody rushes home to hopefully watch The Horse make some history.

- Ben Kabak at RAB discusses the Yankee DH situation and how it's actually not as bad as everybody thinks.  Sure, the fact that the Yanks' collective DH numbers are above league average says more about how shitty the AL DHs have been this year than about how good the Yanks' DHs have been, but as Ben points out, they've still been winning.  Because of that fact, there really shouldn't be a rush to trade for a full-time DH or prematurely promote The Jesus right now.

- Matt at TYU comments on something Derek Jeter said to Chad Jennings about his approach and examines some of Jeter's numbers this year and how they indicate a need to change his approach.  I personally was a little surprised to see Jeter say something that dumb.  It's really pretty simple; if what you're doing ain't working, then you try something else.  Jeter is a pro, he'll figure it out and his numbers will be solid by year's end, but maybe his failure to change his approach explains his un-Jeter-like numbers thus far.

- Gary Wallace at NoMass has his midseason Top 10 Yankee prospects report up.  If I wasn't at work when I read this I totally would have masturbated to it.  I know not all of these guys are going to pan out, but it's still awesome to see all this high-ceiling talent back in the farm system.  It's a far cry from a few years ago.

- The previously mentioned Chad from LoHud has some interesting tidbits on A-Rod's homer history against the Royals that should whet everyone's appetite for this weekend.

- Justin at Seat Geek takes the 600th homer buildup a step further by trying to pinpoint where A-Rod's 600th HR will land.  God bless Justin for taking the time to calculate all that shit out, because I know I couldn't do it, nor would I want to.

And just in case anybody cares, given my tremendous track record of predictions, you can put me down for bottom of the 3rd on Saturday for when A-Diaz makes it happen.  2 outs, nobody on, solo shot into the leftfield bullpen.  Mark it down, bet on it if you can, and thank me on Monday.
Posted by Unknown at 2:06 PM No comments:

Wait, Did You Feel Something? 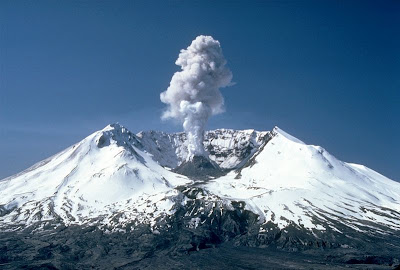 What's that rumbling?  Is the Yankee offense starting to wake up?  Could we finally get to see everybody clicking at the same time?  A first look at the box scores might not support that point, but a quick look at the top 6 guys in the lineup over the last 10 games, even just a basic, non-sabermetric look, shows that the signs are there that everybody might be starting to get it together at the same time.  Observe:

- Derek Jeter: only 10 for his last 44 for a .227 BA with 1 2B, 1 HR, 4 RBI, 10 R.  Nothing to write home about, especially for a hitter with a track record like Jeter.  But dig deeper into his last 4 games: 7-19, .368 BA, 1 HR, 7 R.  Jeter has come on these last few games, hitting the ball with more authority and being the table setter you want your leadoff hitter to be.  He's still not taking enough pitches and striking out a little too much (7 in last 10 games), but the contact he is making is much more Jeter-esque than what we've seen for the better part of the year.

- Nick Swisher: 15-44, .341 BA, 5 2B, 3 HR, 8 RBI, 9 R.  Swish has kept on doing what he's done since the beginning of the season before the break and since the break, and has proved just as valuable as the number 2 hitter as he was in the 6-hole.  he continues to hit both for average and for power, racking up RBIs from the 2-spot and keeping the table set for the big boppers behind him.  After last night's game Swish has now scored a run in 8 straight games.

- Robinson Cano: 11-38, .289 BA, 2 2B, 2 3B, 2 HR, 8 RBI, 7 R.  He isn't mashing like he was in April, but nobody expected Cano to keep that pace up all season.  Bottom line is he is still doing what he's done all season long and what he was expected to do as the #5 hitter and that's produce.  Of his 11 hits over the last 10 games, 6 have gone for extra bases, which has helped drive in runners and create RISP opportunities for the hitters behind him.  Cano is also earning more respect from opposing pitchers, as shown by his higher count of pitches seen and more intentional walks.  Oh, and he's still top 10 in pretty much every major offensive statistical category in the AL.

- Jorge Posada: 9-34, .265 BA, 3 2B, 2 HR, 7 RBI, 3 R.  These numbers don't look too sexy, but if you look at the numbers closer, they show that Jorge has done most of his damage since the AS break.  He's scored all 3 of his runs since the break and his both homers since the break.  Jorge has an RBI in 6 straight games, most likely due to Cano and his extra-base hits and intentional walks being right in front of him, and if he could get some help from the bottom of the order, maybe he would score a few more runs.  a 2.2/1 k/BB ratio isn't great, but what else do you expect when Jorge swings at pretty much every curveball in the dirt?

So there you go.  Good signs aplenty for all of the top 6 in the lineup.  With Granderson still up and down and Gardner in a mini-slump right now, these guys have carried the load over the last few weeks, which is what everybody expects them to do anyway and what the team has needed since the break with the way the rotation has struggled.

Perhaps the best stat of all has been the BB/K ratio of the 3 power hitters in the middle.  Cano has 7 BB to just 5 Ks, The Horse has 4 to 3, and Teix has 7 to 4.  Not only are these guys making pitchers work harder and driving up their pitch counts, but they're also making them pay for it at the end of the at-bat one way or another.  That's a lethal combination and is what was missing from these guys (mainly A-Rod and Teix) at the beginning of the season.

I'm not saying they've put all the pieces together just yet, but there's no denying that there has been more production from these 6 lately and that Yankees have won over the last week because of their offense.  So far this year they haven't had a time where there's been more than 2 or 3 guys hitting well at the same time, and earlier in the season one of those guys was usually Gardner.  If they can get 3 or 4 or 5 of these 6 mashing together, it could be a long rest of the summer for the competition.

And if they can get all 6 going, then you can pretty much wrap up the AL East and put a bow on it.
Posted by Unknown at 11:06 AM No comments: