Where in Joe's 40,000-page bullpen binder is there a section that talks about bringing in your scheduled starting pitcher for Friday to pitch the 10th inning of a tie game on Tuesday night when he still has 3 arms available in his bullpen?

Somebody better explain to me what the hell just happened... 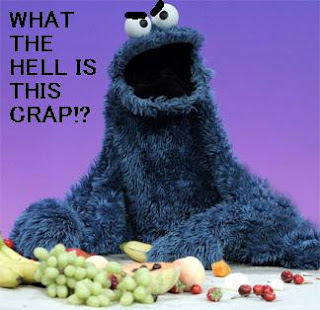 Tonight's Lineup Is Missing Something...

Can you guess what it is?  Here's a hint: It starts with "A-Horse" and ends with "leads MLB in SLG and wOBA."  And when there's no Horse in the lineup,

Oh well.  At least the Toronto infield won't have to worry about anybody scaring them out of their shoes when they're trying to catch pop ups.
Posted by Unknown at 3:17 PM No comments:

It's been a few months since I've introduced the AB4AR Lists, and now that the season has started, the unlucky gentlemen (and one inanimate object) who made the initial Shit List have the opportunity to earn their way off.  Have any of them done enough so far to accomplish that feat?  Let's find out:

- A.J. Burnett- 3-0 to start the season with 3 pretty good starts is a good start.  And the fastball and curveball life look better than they did in 2010, with a new and improved changeup to boot.  But then I think back to A.J.'s start to 2010 (6-0) and I remind myself not to fall for the same trick this year.  He stays on for now, but to be fair I will say that he can earn his way off with a 7-inning or more/2-runs or less outing tonight against Toronto.

- Damaso Marte- On the 6-day DL, almost certainly not pitching at all for the Yanks this year, and making $4 million for it?  Yeah, he stays on.

- Kei Igawa- He managed to make his way down to Double-A Trenton's roster this year, and only needs to get demoted to Single-A to complete the first $46 million reverse baseball career in history.  And he still looks like Droopy Dog.  On.

- Nick Johnson- He's in the Indians' organization now, so at least I don't have to see him taking up space on the Yankee injury report.  But the fact that this schlub is still being paid to play (or not play) professional baseball is an unforgivable sin.  On.

- Randy Levine- He hasn't said or done anything stupid lately.  But he's still a huge douche.  On.

- Joe's Matchup Binder- Going to Soriano when he shouldn't?  Check.  Getting D-Rob up to warm seemingly every game and then not using him?  Check.  Not using his better relievers in higher-leverage situations?  Check.  Still being a slave to his binder and his pre-defined roles instead of managing the 'pen per the situation?  Check.  The binder stays on until somebody burns it.