Has anybody seen this leprechaun around?  I think it was last seen around Mobile, Alabama. 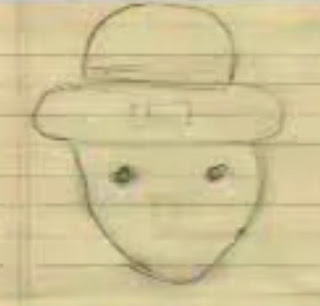 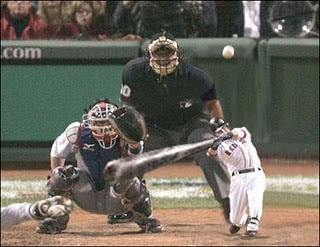 HAHAHAHAHAHAHAHA!!!!!  Get it?  It's a joke about how small Dustin Pedroia is.
But seriously, Happy St. Patrick's Day everybody.  Except you, Pedroia.  You can fuck off.
Posted by Unknown at 2:45 PM 2 comments:

Ohhhhhhhh. So NOW Joba Has To Start Pitching Well... 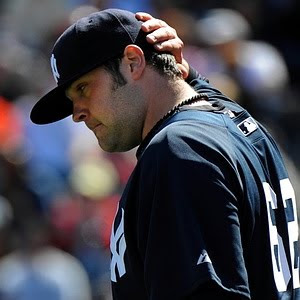 Gee, I wonder if Joba's start today is important?

“Got to pick it up, we have told him you got to pitch now. We gave you those couple of starts to get under your belt. Now you have to show us, you got to pitch.”- Girardi

“You want to see him execute pitches and do the things you have to do to be successful. Be ahead in the count. You don’t want to be walking people. You want to attack hitters and you want to make quality pitches.”- Girardi

“When you compete for the fifth starter’s spot with the Yankees it’s put up or shut up. I expect him to pitch good [today]. He pitched better than the numbers showed in the second game. But it’s time to put it all together....”- Eiland

“We talked about March 25, 26 as the target date so the guys who are going to be in the bullpen [will] be in the bullpen and get them used to getting ready a little quicker, maybe even back to back.”- Girardi (all quotes courtesy of the NY Post)

I'd love to sit here and say "it's about time" to Girardi and Eiland and applaud them for finally putting a little pressure on Joba to perform. But the fact is they are the 2 most responsible for coddling him over the last 2 years and giving just as many excuses as he does for all his sub-par performances.

It's bad enough to have Joba tell us time after time that he "felt good out there" and "was making good pitches." But when the manager and pitching coach are shoving each other out of the way to be the first to say those same things to the media to cover for him when he gives up consecutive walks with the bases loaded before getting lifted in the 4th inning of a big game, their tough talk about how NOW he needs to step up rings a little hollow. Shit, Eiland even mixes in a little bullshit compliment about how he "pitched better than the numbers showed" the last time he was out, totally taking all the sting out of the "put up or shut up" ultimatum he delivers not a sentence earlier. No, Dave. He pitched well in the first 2 innings and his numbers looked great. He pitched like absolute dogshit in the 3rd inning and his numbers sucked. Period.

Just a little word of the wise to Joe and Davie Boy: everybody who watches the Yankees has been saying Joba needs to throw strikes and attack hitters since he first joined the rotation. That's why there is such a huge contingent of fans and writers and bloggers that believe he's better suited for the 'pen. Sure his velocity is up when he's a reliever, but so is his approach. He DOES attack; he DOES make quality pitches. It's when he starts the game and has to go through a lineup multiple times that he starts overthinking and tiptoe-ing around hitters. So welcome to the party on that one, fellas.

Now I want Joba to succeed, I really do. But I fear that Girardi and Eiland finally deciding to man up and take Joba to task after all this time will do more harm than good. Joba has known he has to throw strikes all along, just like they have; it's nothing new. You can't make excuses for a guy for a year when he doesn't throw strikes and then suddenly when the pressure is really on to perform throw him to wolves and tell him he HAS to pitch well. If that's how you're going to handle it, then just walk into the clubhouse today before he goes out and tell him he's going to be in the bullpen and let him work on getting his velocity up and mind right for the lockdown 8th inning role he has thrived in.


P.S.- I'm sure Phil Hughes jumped back ahead of Ace with his 4 shutout innings yesterday. But that was against the bottom of the barrel of one of the worst teams in the NL, so let's everybody calm down before we start punching Hughes' name out of our Cy Young ballot.
Posted by Unknown at 1:14 PM No comments: