Seriously, were the Angels even at the Stadium tonight or was that the Columbus Clippers in Angels jerseys for a simulated game?

The Yankees are in the ALCS for the first time since — ahem — 2004. But Yankee Stadium may not be sold out tonight for Game 1 against the Angels. That would be embarrassing for the business side of the organization.

Whether it's the economy or the outrageous ticket prices, there were still 6,000 seats available as of last night through the team. Just a few minutes ago, to see what was out there, I pulled up four tickets on Yankees.com for section 221. OK, so they were $431 each. But they were there.

The Yankees trumpeted their postseason ticket prices a few weeks ago, proudly saying they had held the line on prices. But apparently they didn't go far enough.

The secondary market is awash with tickets as well, but that is likely due to the cold and wet weather in New York.

So if you're a Yankees or Angels fan and in the vicinity of the Bronx tonight, seats are there to be had. Dress warm.

I'm not sure which of the 5 stages of grief being a sarcastic, whiny asshole falls into but Peter Abraham needs to fucking let it go.

It's cute that you tried to go online and buy Yankee tickets to prove a point, Pete, but that point is a dead horse that finished being beaten about 2 months ago.  What you should have done was actually follow ed through and bought the tickets since the Yankees actually -ahem- won their first round series to advance to the ALCS and your sad-sack team is -ahem- sitting at home right now watching their Sports Illustrated 2004 World Series highlight DVDs.  Then you could have had some October baseball to watch and actually had something new and fresh and relevant to write about.

But thanks for plugging the fact that there are tickets left to anybody that didn't know.  You probably helped boost last minute sales for tonight's game, especially considering Barstool Boston blogged about this already today too.  You call the fact that the game isn't sold out tonight embarrassing, and while I agree that it would be a bit disappointing to not sell out Game 1 of the ALCS in any weather conditions, it certainly isn't any more embarrassing than being a Sox fan who bought ALCS tickets in advance only to watch his or her team get their collective shit pushed in by the Angels. 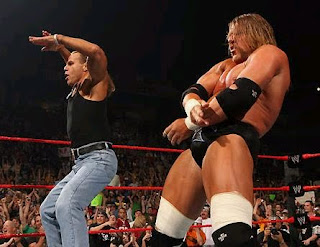 Enjoy the game tonight, buddy!
Posted by Unknown at 5:43 PM No comments: