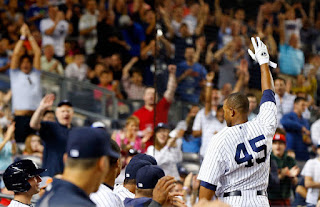 Nova Still On The Roster

It got overshadowed by STFUgate 2013 yesterday, but if you're a close follower of the 25-man roster you may have noticed that the move to send Ivan Nova back down and call up a position player that was supposed to happen on Monday never did.  Nova is still on the active roster as part of a 13-man pitching staff and the Yankees have played the first 2 games of this current series with a 3-man bench.

There has been no formal announcement from anybody in the organization about what they intend to do with Nova, but in talking to reporters on Tuesday Joe left open the option of Nova making another spot start sometime in the near future.  The Yanks are in the early part of a "20 in 20" stretch leading up to the All Star Break.  Maybe they want to use Nova to spell Andy and get him some extra rest.  They've scaled back his between-start workload and their goal is obviously to keep his back from becoming a bigger problem.

Hopefully we get some kind of clear picture on just what the plan is for Nova soon because playing for a long period of time with just the 3-man bench is not the best strategy in the world. 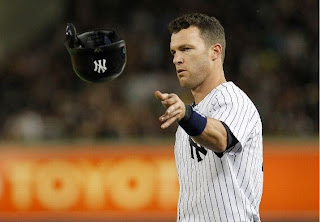