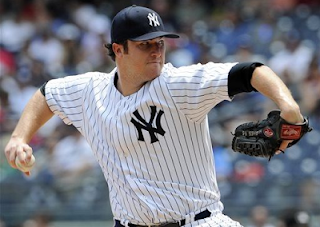 - Hughes: 8 IP, 5 H, 2 ER, BB, K.  Phil answered the bell today and probably surprised some in getting through 8 innings after looking like he was starting to crack in the middle innings.  It was all for naught with that lineup supporting him, but he did his job and added another start to the "Good Phil" column.

The Yanks hit the road again tomorrow night, stopping off for a weekend series in Baltimore.  David Phelps gets the start against Kevin Gausman.
Posted by Unknown at 5:53 PM

Nice Harvey Dent reference--still laughing over that one!