We get paid bi-weekly at my company, which means 2 months out of the year there are months where I get 3 paychecks.  August happens to be one of those months, and today happens to be the payday for that glorious 3rd check, and I gotta tell ya, that's a great feeling.  For a non-commission-making cubicle monkey like myself, that 3rd check is like a brick of solid gold being placed into my hand.  Some of us from work have the company seats to tonight's Brewers-Pirates game, and if I had the time beforehand, I would stop at the bank and get my check converted into singles just so I could drag a garbage bag full of money into the stadium and go Pacman Jones on people's asses.  The 3rd check is license to spend, and I'm telling you right now, I'm going to stimulate the economy in a big way tonight.  Now onto the links!

- On Monday, Matt Duggan of Pinstripe Alley ditched the defensive ratings and just looked at Curtis Granderson's decrease in number of balls caught this season to show how poor he's been defensively.

- Brien Jackson of IIATMS explained why it's not out of the realm of possibility for the Yankees to end up in the same situation the Fraud Sawx were in before the big trade.

- On Tuesday, SJK of NoMaas reminded everybody of how horrid Derek Jeter's defense has been this season.  It's only fair to touch on that if we're going to praise him for how great he's been at the plate.

- On Wednesday, Mike Eder of TYA analyzed D-Rob's transformation into a more Mo-like pitcher.  There are certainly worse pitchers to emulate.

- Trevor Wolff of Sliding Into Home issued his "State of the System" Minor League address, and touched on guys like Tyler Austin and David Adams.

- On Thursday, William Juliano of The Captain's Blog talked about the importance of context when discussing the great art of sac bunting in relation to the Yankees' loss on Wednesday.

- Chris Carelli of Yanks Go Yard discussed the small deadline moves the Yankees made in place of a bigger one and how little of a positive impact those moves have had.

- The team of Mike Ashmore and Josh Norris posted another interview with Mark Newman, this one touching on selections for the Arizona Fall League and Dellin Betances.

- Ashmore also scored some interview time with Brian Cashman at the press conference to announce the contract extension with the Trenton Thunder.  Cashman talks about the new deal, September call-ups, and young guys who've impressed him this season.

- Fishjam25 of Yankees Fans Unite reviewed the lay of the land for the Yankees right now, and set the stage for this weekend's series against Baltimore.

- On Friday, Mike Axisa of RAB did his weekly mailbag, and I'm linking to it just for his take on the upcoming Rule 5 eligibility situation this offseason.  Some players worthy of protection are probably going to be left exposed.  It will be interesting to see if any teams take a shot at some of them.

This week's Friday jam is simple, straightforward, badass rock and roll.  Old school Metallica, perfect for a night of drinking PBR cans and trying to pretend that Brewers-Pirates is entertaining. 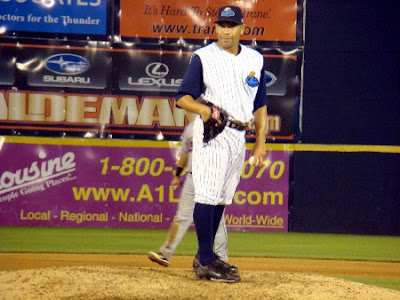 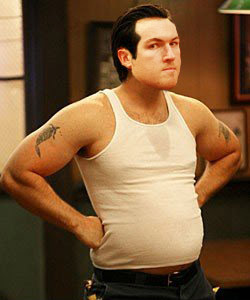 Cue the John Cena music, because Phil Hughes' time is up and his time is now.  In his 7-year professional career, Hughes has been a 1st-round draft pick, a top-flight Yankee prospect, a top 5 blue chip prospect in all of baseball, a future ace, a promising young arm, an injury-prone question mark, a dominant reliever, an encouraging project, an out-of-shape failure, and now a solid middle-of-the-rotation contributor.  He's had enough ups and downs, changes to his role and pitching style, and injury problems to last an entire career and yet he's still only 26 years old.  Hughes has bounced back nicely in 2012 after last year's disaster, and he now finds himself rapidly approaching a crossroads in his career path as it relates to being a New York Yankee.
Read more »
Posted by Unknown at 7:00 AM No comments: