Just a quick note, the final post in the "2014 Storylines" series was supposed to be this afternoon, but I've been getting my ass kicked by a cold for the last few days.  I'll try to get it written sometime tomorrow, so check back for that.  Now onto the links!

- On Monday, SJK of NoMaas commented on the Ichiro situation and advised against trading him in a salary dump only move.  As little use as I have for Ichiro, I'm inclined to agree.  Move him only if you can get something of equal value back.

- On Tuesday, el duque of It Is High... predicted the inevitable Spring Training trade and didn't sound too optimistic about the possible return.

- SG of RLYW broke down the numbers to project Brian Roberts' 2014 season.  Not a lot of value there, as you'd probably expect.

- On Wednesday, William Juliano of The Captain's Blog elaborated on the idea of Francisco Cervelli becoming a legit trade chip and used some historical comps to see what the future might hold for him elsewhere.

- Chad Jennings of LoHud talked to Slade Heathcott about his rehab from knee surgery and the changes he's trying to make to his approach.  Real good insight into Heathcott's mindset for this season.

- Jonathan Aron of Yanks Go Yard released Part I of his top 10 base stealers in Yankee history list.

- Mike Axisa of RAB previewed his breakout prospect candidates for 2014.

- On Friday, Andrew Mearns of Pinstripe Alley explained why trading Francisco Cervelli for Gordon Beckham would be a bad idea.

- Chris Mitchell of Pinstripe Pundits attempted to put the Dellin Betances hype in the proper perspective and reminded everyone that there are better options available.

This week's jam is "Armatage Shanks" by Green Day.  Hadn't heard this one in a long time until it popped up on my iPod earlier this week.  Green Day wasn't half bad back in the day before they got too into wearing eyeliner.

I've got a pretty bad cold going right now, so I wanted to keep this as simple as possible.  There are a lot of high expectations for new players this year and just as many uncertain expectations for some of the holdovers.  I want to set an over/under line for some of the more important players on the roster to gauge what kind of seasons people are expecting from them.  Let's get into it. 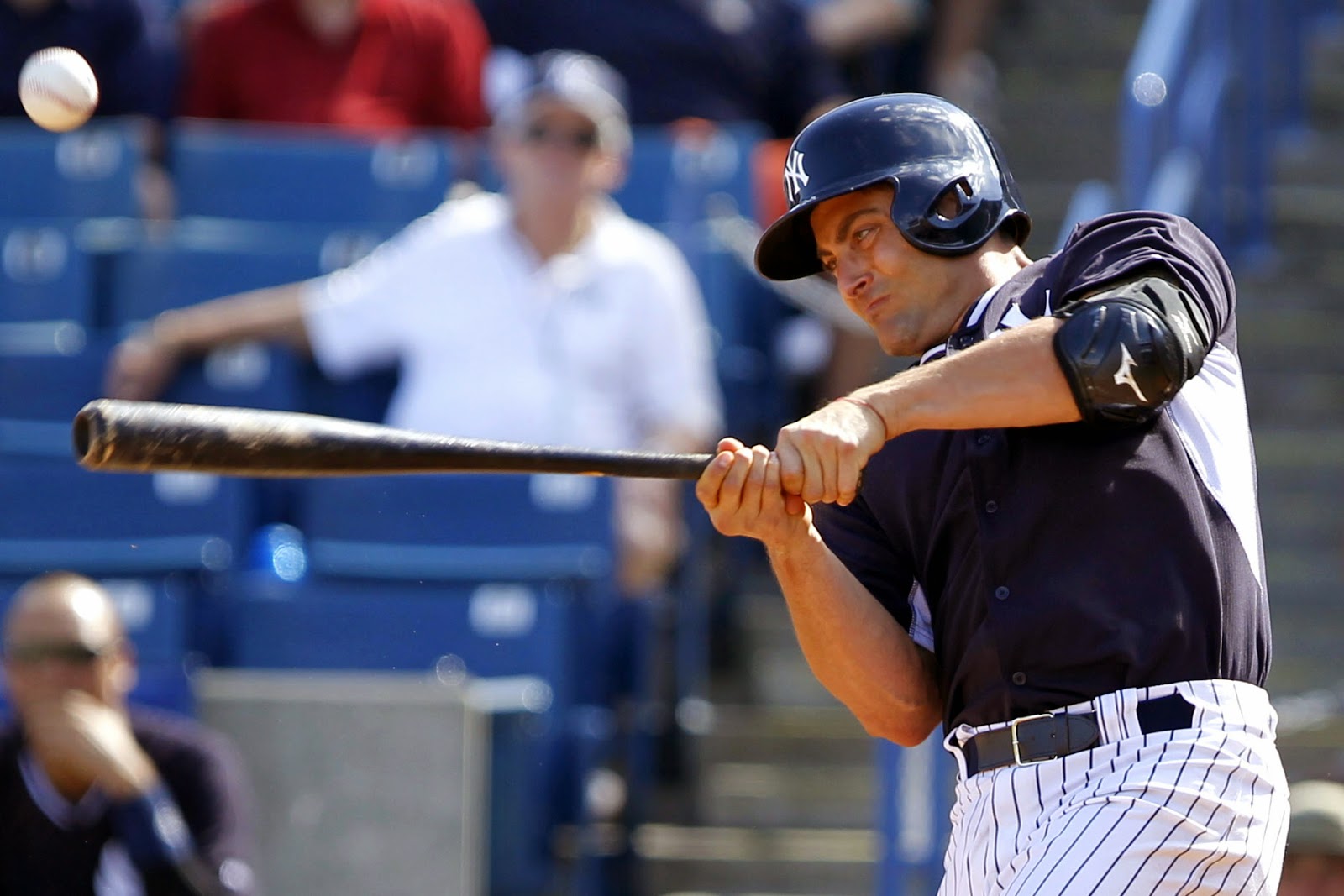 In a world where well-rounded catchers are hard to find, Cervelli is a very attractive option to teams looking to improve their depth and possibly upgrade at the starting catcher spot, like the White Sox.  He's under team control through 2016 and because of the missed time he hasn't accumulated as many of the standard bumps and bruises that come with the position.  The Yankees have a pair of capable backup options waiting behind him, so for the right return Cervelli should definitely be available.

- Ivan Nova got the start against the Phillies and was up and down in a 6-2 loss.  He threw 5 innings, gave up 3 ER on 9 hits, didn't walk anybody and struck out 6.

- Michael Pineda made his first start of the year against the O's and looked good again.  He went 2.2 scoreless innings before reaching his pitch count (48), gave up 3 hits, 1 walk, and K'd 5.  Fastball was 89-92 again and the slider looked good, but he's still shaking off the rust.

- Joe announced the full travel squad to Panana, including a change at catcher as Francisco Cervelli will travel and Brian McCann will stay behind to catch Tanaka.  Some are speculating that this could mean a trade involving Cervelli is in the works.

- Jose Campos and Bryan Mitchell were both cut and assigned to MiL camp yesterday.  ST roster is down to 59.

Posted by Unknown at 6:25 AM No comments: