Plenty Of Intrigue, As Always, To The First Yanks-Sawx Series Of The Season 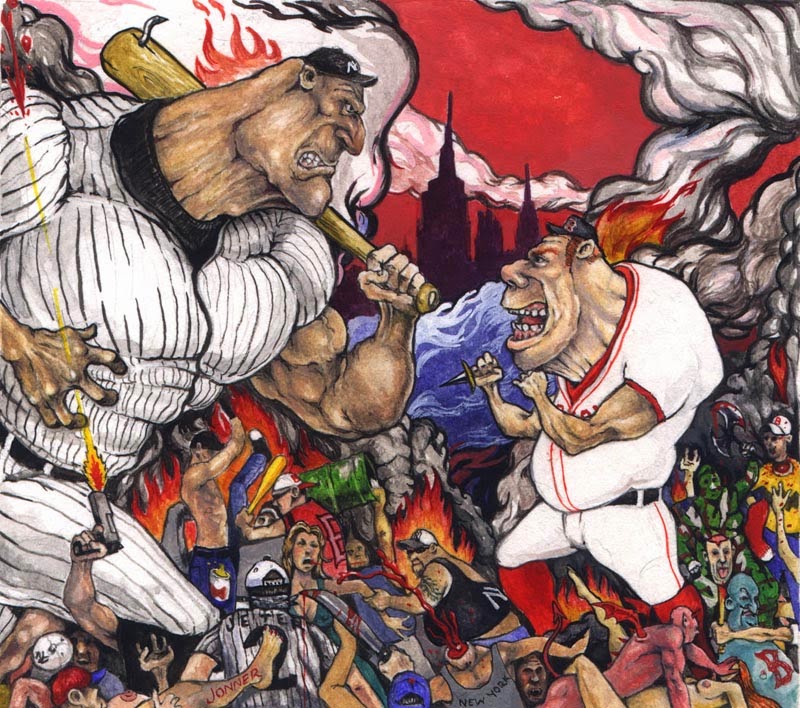 (Courtesy of whoever did this originally.  Thing is baller)

The best rivalry in baseball heats up again tonight when the Yankees and Red Sox hook up for the first of what will be a 4-game weekend series.  Both teams are 4-5 to start their respective seasons and both teams have some disappointing and unexpected results that put them there.  The Yankees lost 2 of 3 to the Astros and lost the last 2 games at home to the Orioles heading into this series.  The Sawx got swept by the Brewers in their home-opening series.  Needless to say, neither of these teams is off to the start they were hoping for.

What adds to the importance (as important as an early April intra-league series can be) of this series is the vastly different offseasons each of these clubs had.  The Yankees are coming off a high-spending offseason in response to their failure to make the postseason in 2013, part of which included signing former Red Sock Jacoby Ellsbury to a very lucrative 7-year deal.  The Sawx had a relatively quiet offseason, losing more guys than they replaced externally and instead trying to re-up this year through prospects and returning internal young players.  They're still trying to find their footing, but they're also still the 2 big swinging dicks in the AL East, no matter what Tampa Bay has to say about it.  tarting tonight we get our first idea of how much each of them is still swinging...

P.S.- I'm really hoping somebody on the Yankee pitching staff remembers the A-Rod beaning from last year.  Last time I checked, they still owe Boston one for that nonsense.
Posted by Unknown at 2:09 PM No comments:

This is almost a week old and I missed it initially, but Keith Law of ESPN attended the Opening Day game for the Trenton Thunder last week and filed a scouting report on some of the big name prospects playing.   Toronto pitching prospect Aaron Sanchez (not the "Chopped" judge) was the highlight of Law's report, but he also gave his takes on Yankee prospects Bryan Mitchell, Gary Sanchez, and Mason Williams.  The whole article is here and it's an Insider only piece, so here are the highlights for those without Insider access:

- Law isn't a big fan of Mitchell.  He liked his fastball velocity and believes Mitchell's cutter could eventually become his best pitch, but long-term he sees Mitchell as more of a relief prospect based on his lack of fastball movement and curveball command.

- Sanchez looked to be a little too much for Sanchez in 1 AB, but Law thought Sanchez looked pretty good behind the plate considering how often Mitchell was junking curveballs all over the place.

- Williams, despite hitting the ball hard a few times, still isn't showing enough maturity in his approach for Law's liking.  Law described Williams as "too aggressive for his own good" and said this is the year where we need to see some improvement in the finer points of Williams' game to match his tools.
Posted by Unknown at 9:37 AM No comments: 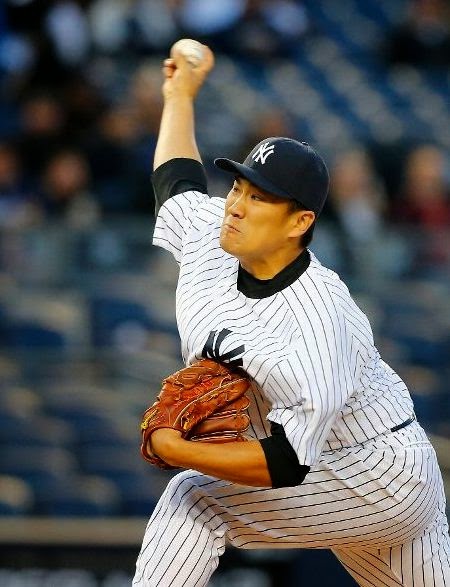