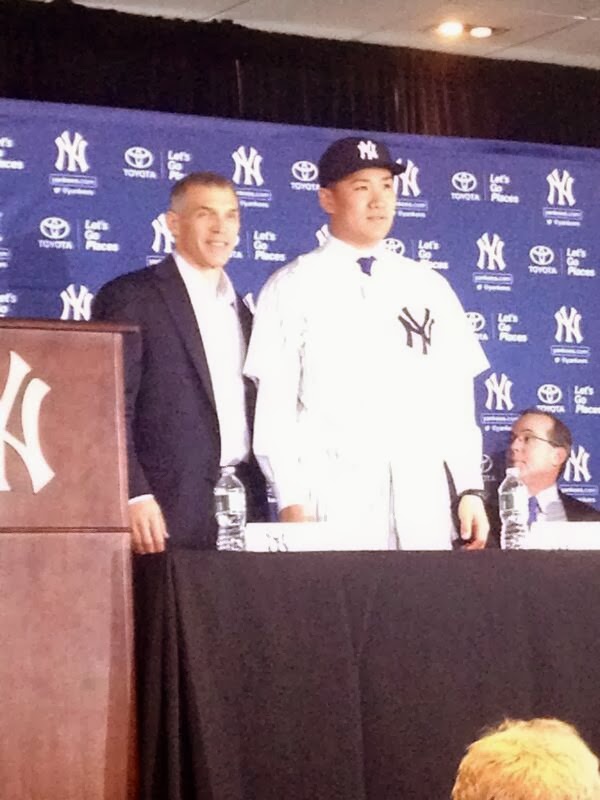 This was it.  The one we've been waiting for.  The introductory press conference we all secretly hoped would happen this offseason, even if we didn't have the guts to say it out loud.  Masahiro Tanaka was introduced to the NY media at Yankee Stadium today and the spectacle did not disappoint.  Tanaka kicked things off by dropping 195 thou to charter a 787 for himself, his wife, a few buddies, and his pet poodle, which is the best possible thing he could have done to make me a bigger fan of his.  If you missed any of today's festivities, here are the highlights: 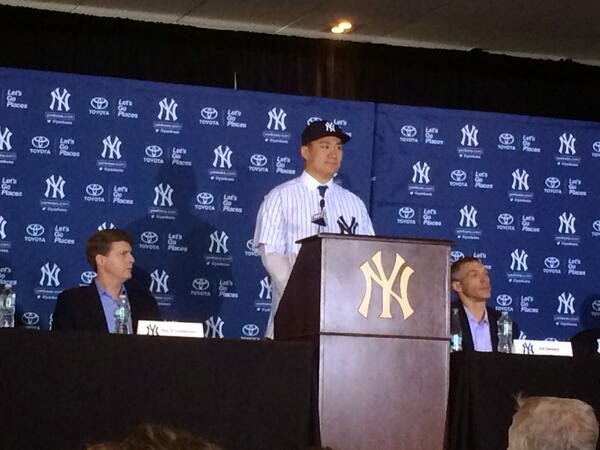 Is it me or does everybody just look sharper in a Yankee uniform?  Tanaka burning up the podium right now during his introductory presser.  Can't wait to see him on a mound.

P.S.- Yanks reportedly handed out 200+ press passes for this, more than double what they gave out for McCann, Ellsbury, or Beltran.  PR man said this was their biggest press conference since Hideki Matsui's introductory one in '03.  Crazy. 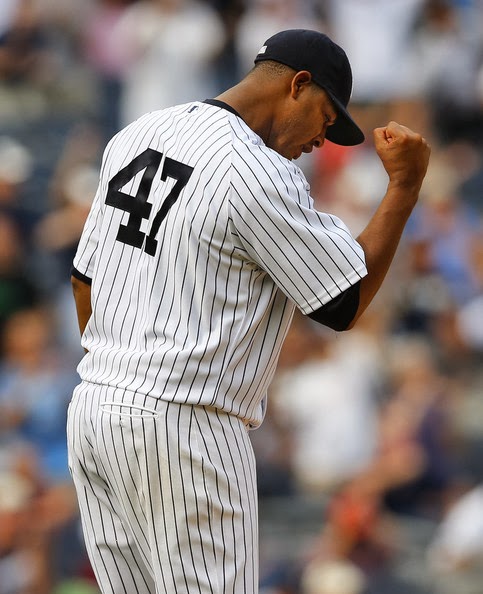 I expected the Yankees' interest in guys like Garza, Jimenez, and Santana to die off once the Tanaka deal became official, but a few days away from pitchers and catchers reporting here they are, still reportedly "inquiring" about Santana.  Is there anything to this?

Doubt it.  Santana,  good 2013 aside, hasn't been much since 2008.  He's very flyball prone, very very homer prone, and definitely not a good fit for pitching in YS3.  He's also not worth giving up another draft pick for, especially with Tanaka in the fold and the Yanks having plenty of org depth.  I'd say they're just keeping their name attached to him to try to drive up the price at this point, but in looking at the clubs that are still interested, should they even be doing that?  Just let it go, guys.  You don't want Ervin Santana, we don't want Ervin Santana.  Let somebody else have him and sign Stephen Drew.

Posted by Unknown at 8:20 AM No comments: