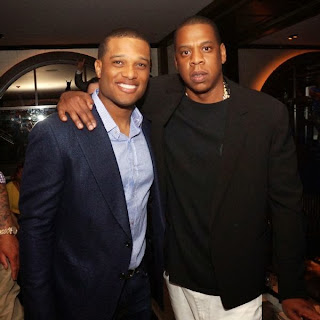 Teix Talks About His Rehab Schedule

If you missed it, Mark Teixeira was a guest on YES' "Yankees Hot Stove" show last night and during his appearance he gave us our first real update on the rehab work he's been doing since having wrist surgery in July.  For those who don't have time to check out the whole video, here are the highlights:

- Currently, Teix is doing mostly slow swings and range of motion exercises to improve the strength and flexibility in the surgically-repaired wrist.  The plan is to continue these exercises through the end of the year.

- Starting in January, Teix will hit off a tee and take batting practice against a pitching machine.  He wants to ramp up to a 90 MPH pitching machine by early February.

- When spring camp starts, he'll participate in full team workouts and drills, including live batting practice, but he doesn't plan to play in any ST games until early March.

Teix also said he'll ditch the weighted bat and cut his game day swings down from an estimated 100 per day to around 70-80 once the regular season starts.  It sounds like he wants to take things slow and make sure the wrist doesn't have any pain or tightness at each level of activity before moving on.  Given how long the wrist problems lingered from 2012 into this season, I think that's the smart play.  Teix can be a big part of a rebuilt lineup this season so the most important thing is making sure he's 100% healthy and able to play and contribute every day.

I highly doubt he's a serious candidate to replace Robbie Cano or Jeter up the middle, but the Yankees added another warm body to their growing collection of middle infielders yesterday with a MiL signing.

Via Joel Sherman, the Yanks signed 26-year-old utility guy Yamaico Navarro to a Minor League deal with an invite to Spring Training.  Navarro is a righty bat with experience at second, short, and third base.  He's another all-field/no-hit kind of player, with a .206/.258/.267 career tripleslash and a 26.1% K rate in 199 Major League plate appearances.  It's worth noting that he did hit .267/.354/.418 for the Orioles' Triple-A affiliate this past season.

I'll say this.  If the Yankees aren't planning on cutting Nix and/or Nunez soon, they should at least look into the possibility of setting up some kind of reality show to follow all these middle infielders around during ST.  Call it "Up The Middle: The Battle for the 4th Spot on the Infield Depth Chart" and put it on YES after Francesa during February and March.  I'd definitely watch that.
Posted by Unknown at 6:31 AM No comments: