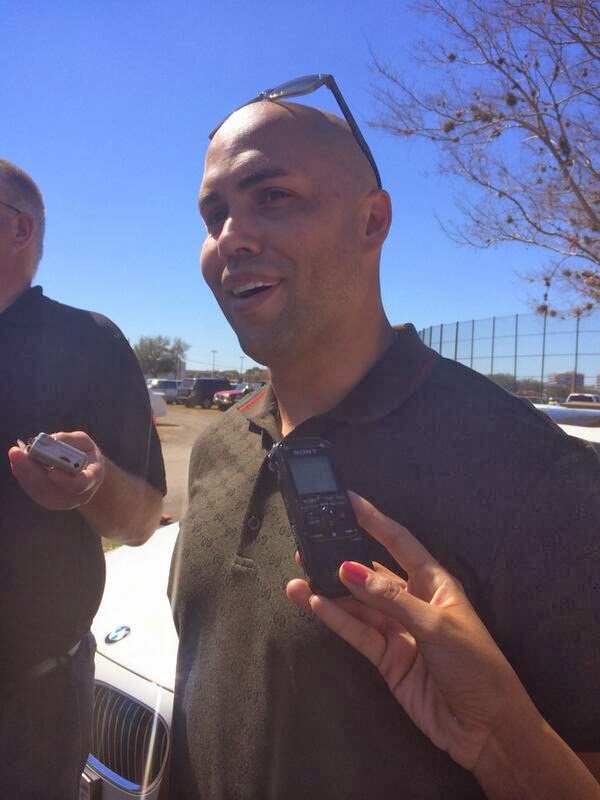 Hey, how about that?  I'm actually getting the final ST prep post out before the players show up to camp.  Today is the final day before all position players are expected to report to Yankee camp and it's also the final day of this "Report Date Prepper" series.  Just like the infielders, there are already some outfielders who've arrived in Tampa, most notably new right fielder Carlos Beltran.  Get up to speed on him and the rest of his outfield brethren after the jump. 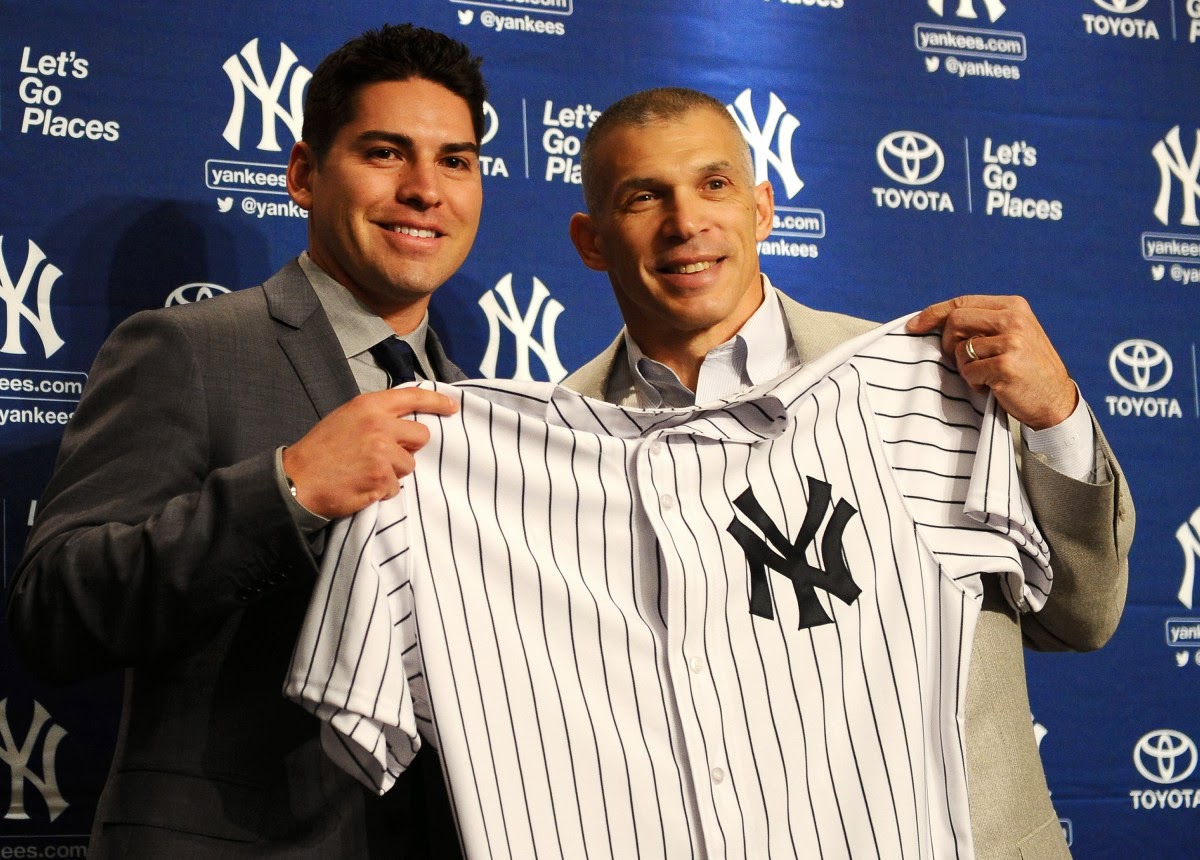 As it does with the starting infield, the 2014 season marks a transitional period for the Yankee outfield.  Even more than the infield, the outfield transition has been a major one and, unlike the infield, one that actually started last season.  After 3 years of primarily Brett Gardner, Curtis Granderson, and Nick Swisher patrolling left, center, and right, the Yankees made the decision last offseason to let Swisher walk and hitched their cart to Ichiro Suzuki.  Ichiro had impressed the front office with his .322/.340/.454 slash line after being acquired in 2012 and he was rewarded with a 2-year/$13 million deal.

The Yanks found out what many of us feared and predicted after the signing, that Ichiro was essentially cooked as an everyday player, and their outfield production suffered as a result.  When C-Grand went down and joined the likes of Jeter and Teix on the DL for the bulk of the season, the situation became even more dire and the attempts to patch up the outfield with Vernon Wells were comical at best.  The Yankees followed the Swish path with Curtis this past offseason, making him a qualifying offer with no follow-up long-term proposal.  This time when he left though, Cash made sure to replace him with a player who could actually play and then added another to replace Ichiro, essentially rebuilding the starting outfield on the fly. 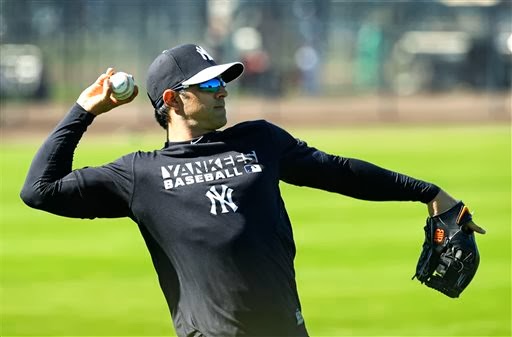 (Don't hurt yourself, B-Rob.  Courtesy of the AP)

- Michael Pineda threw his first bullpen of the spring yesterday and it got nothing but positives words from those who witnessed it.  Joe said Pineda looked noticeably better to him than he did in ST 2012, and Pineda himself said he's back to feeling like he did in 2011.

- A group of Yankee pitchers, including 5th starter competitors David Phelps, Adam Warren. and Vidal Nuno, threw live BP to the Yankee catchers.  Always good to have a head start when you're competing for a job.

- Carlos Beltran was the latest position player to show up.  Apparently he was doing some hitting over at MiL camp.

- Interesting note on Brian Roberts, who said the Yankees reached out to him even before Robinson Cano signed with Seattle.  Guess they really were serious about not going above a certain level for Cano and they started working on contingency plans early.  Still think they could have done better...

- Another day of BP for Teix, who took hacks as a lefty and a righty.  Joe said he thought Teix "looked pretty normal to me from both sides" of the plate.