Could Washington's "Strasburg Rules" Be A Roadmap For Michael Pineda? 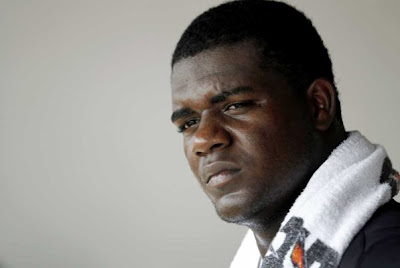 (Sad Mike Pineda is sad.  Courtesy of the AP)

The news of the Washington Nationals' decision to shut down Stephen Strasburg for the season caused major waves in the baseball world this past weekend, and with good reason.  It's not every day that a team willingly shuts down its best pitcher during a playoff race.  In fact, I can't think of any day where that's happened.  The arguments for and against the move both have strong cases for being "right."  Strasburg is the cornerstone of the franchise and the Nats have a lot riding on him.  To risk his and the franchise's future at the expense of one year could be dangerous.  On the other hand, many a baseball purist will argue that opportunities to reach and win a World Series are precious and few, and are never guaranteed.  The Nats' chances of capitalizing on that opportunity this season are considerably diminished without Strasburg in the rotation.

The Yankees, while in no way directly affected by Washington's decision this season (unless they meet the Nats in the World Series), should be taking notes on how Washington handled Strasburg this season.  They'll be looking at a similar situation next year with Michael Pineda.
Read more »
Posted by Unknown at 3:51 PM No comments: 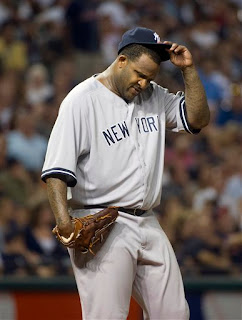 After his latest subpar outing, I was convinced that my worries about the condition of CC Sabathia's elbow were going to be proven correct and that we were going to be told sometime in the next few days that he'd been feeling some discomfort and was going back for another MRI.  That is, until I read Mike Eder's PITCHf/x diagnosis of CC's performance since coming off the DL for the second time.  Mike's breakdown of CC's pitch stats and mechanics lent no support to the theory that CC is pitching at less than 100% right now, and he came to the conclusion that CC's issues are more likely attributable to just some bad luck.  That should have alleviated my and everybody's concerns, as any kind of serious elbow injury to the team's ace would be the worst possible news.  So then why don't I feel any better?
Read more »
Posted by Unknown at 11:00 AM No comments: 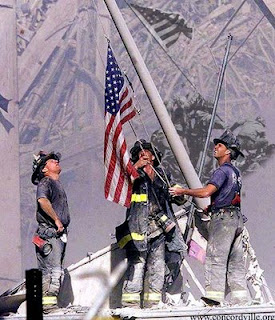 Today marks the 11-year anniversary of the September 11th attacks on our country, and as someone whose family has such a close personal connection to the events I'd be remiss if I didn't take a moment to acknowledge today's significance.  I won't go back through and re-hash the details of my personal history, you can find them right here if you're interested.  Instead I'd just like to thank all the people who contributed to the rescue efforts on that day, those who were lucky enough to survive and those who lost their lives.  They're true American heroes and their sacrifice and bravery should never be forgotten.

It's easy to take things for granted in today's world.  I know I'm guilty of it from time to time.  But the freedoms and the rights that we have in this country are a gift, a gift that no person in any other country in the world can say they have, and knowing there are people out there whose job it is to protect those freedoms and those rights are what help make them so special.

There won't be a big concert or celebrity pledge drive on TV tonight, but that doesn't mean this day should be any less important.  At some point today, take a moment to think back on the events that unfolded 11 years ago, and pause to give thanks to those heroes we lost.  Their bravery and their memories should go on forever.

** UPDATE- Friend of the blog Gary Corbett brought this to my attention.  He's participating in the Tunnels to Towers 5K on September 30th to raise money to be donated to police, firefighter, and military personnel whose lives were affected by 9/11.  If you're already involved, good on you.  If you're not and you want to donate, you can do so here.**