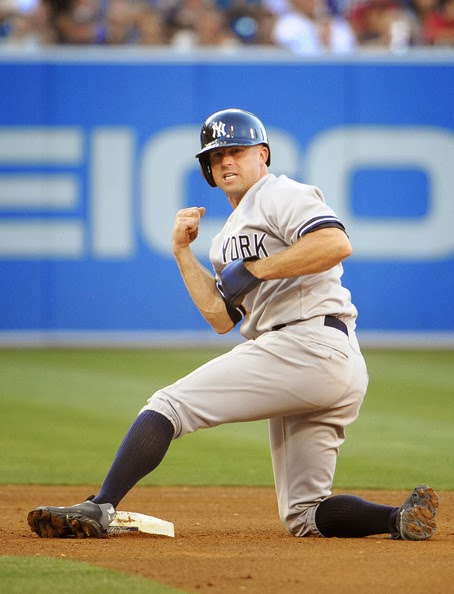 We were told last week that the Yankees were done giving out Major League contracts now that Spring Training had officially started.  That was either a lie or they had a tiny asterisk somewhere when they made the statement because the extension that Brett Gardner signed yesterday was most certainly a Major League one.  After looking like he was being set up for a free agent exit after this season, Gardner and the Yanks agreed to terms on a 4-year/$52 million deal with a team option for a 5th year.  This guarantees that Gardner will remain a Yankee through the remainder of his prime and sets him up to be a Yankee for life.  After the jump, some random thoughts on the deal and what it means for Gardner and the team going forward.

Ellsbury, Gardner, And The Change In Yankee Philosophy 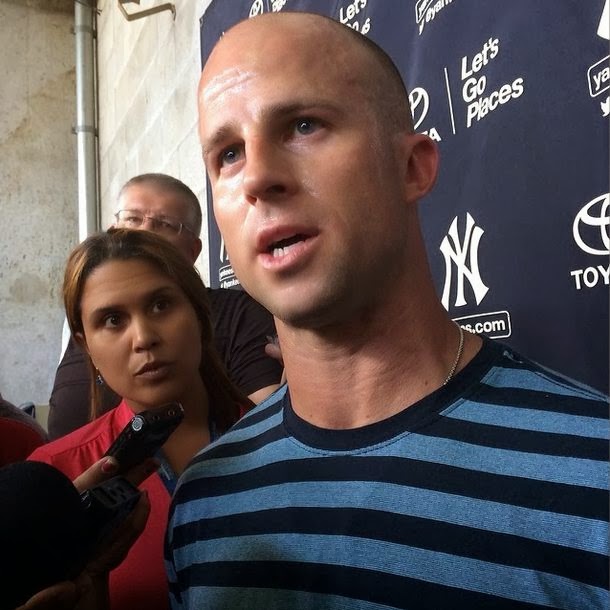 When the Yankees signed Jacoby Ellsbury, it looked like the writing was on the wall for Brett Gardner.  He was being replaced as the starting center fielder and leadoff hitter heading into his final arb-eligible year.  The Yankees had just committed $153 million to a player with an almost identical skill set as his, there was no way they were going to entertain the idea of re-signing Gardner and carrying 2 speedy, low-power outfielders for the next X number of years.  They'd make Gardner a qualifying offer after the 2014 season, he'd decline, they'd recoup a draft pick, and he'd sign a 4 or 5-year deal somewhere else to be that team's starting center fielder and leadoff hitter.

Almost immediately the rumor mill fired up with potential trade partners for the Yankees to move Gardner.  The prevailing thought was that they could try to move him as part of a package to add starting pitching, a thought that I admittedly shared and was on board with earlier in the offseason.  But the Yankee decision makers, to their credit, stated quite emphatically that they had no intentions of trading Gardner and wanted to keep he and Ellsbury together in the outfield.  That commitment came to a pleasantly surprising conclusion yesterday when the news broke that the Yanks and Gardner had agreed to a 4-year/$52 million contract extension.

I meant to post this late last night, but between watching the long-delayed finish to the Daytona 500 and Elimination Chamber online (I know, I know, white trash city) it got lost in the shuffle.  I did my roster group-by-roster group team evaluation last week and if you missed any of them, here they are in one convenient post.

Save for the infield and the bench, I'd say it's a pretty positive evaluation.  But you can be the judge of that for yourselves.

Brett Gardner stole most of the headlines yesterday with the announcement of his contract extension, but that didn't stop ST workouts from taking place.

- Michael Pineda faced hitters for the first time in 2014 when he threw live batting practice yesterday morning.  John Ryan Murphy caught him and said he liked the way the ball was coming out of Pineda's hand.

- Other notable BP pitchers included Dellin Betances, Robert Coello, and Jose Ramirez.  No word on how good Betances or Ramirez looked, but we should get an early look at them soon enough.

- The first 4 ST game starters were announced.  Vidal Nuno gets the ball for the opener on Tuesday, Ivan Nova starts on Wednesda, David Phelps Thursday, and Adam Warren Friday.

- Commenting on the Andrew Bailey signing, Joe said he doesn't expect to get anything from him until possibly September.  That's later than the current estimates, but not unrealistic given the nature of shoulder injuries that serious.

- Derek Jeter ran the bases for the first time and did so without issue.  Right now, that's all that matters with everything Jeter-related.
Posted by Unknown at 7:23 AM No comments: