I don't know about y'all, but I'm ready to settle in for a long Saturday of college football after missing it for the horse track last week.  Now onto the links!

- On Monday, Alex Belth of Bronx Banter put Mo's career greatness on display in graphical form.  Really cool stuff to look at, especially the breakdown of saves by catcher.

- William Juliano of The Captain's Blog looked at the slew of disturbing performance trends in 2013 that could lead to even darker days in Yankeeland if changes aren't made.

- On Tuesday, Derek Albin of Pinstripe Pundits commented on the the disagreement between the Yankees' expected and actual records in 2013, and the impact that may or may not have on the ownership's offseason direction.

- Matt Bove of IIATMS/TYA listed the top 5 issues the Yankees need to address this offseason.  Personally I don't think I could have narrowed a list down to just 5, so good on Matt for doing it.

- On Wednesday, Daniel Burch of The Greedy Pinstripes presented the complete list of arbitration-eligible Yankees and offered up his salary predictions for each.

- On Thursday, Vizzin of NoMaas issued his lengthy, and not very optimistic, forecast for 2014.

- Mike Axisa of RAB reset the landscape for Michael Pineda and pointed out how he's just as big a question mark now after 2 missed seasons than he was the minute the Yankees traded for him.  That's depressing.

- Jason Cohen of Pinstriped Bible interviewed pitching prospect Shane Greene, who may have had the best under-the-radar season in the Minors.  Greene should be showing up on some prospect lists this year.

- On Friday, Chad Jennings of LoHud broke down the A-Rod lawsuit into easier-to-understand legal chunks.  Very helpful if you're not in the legal field or just stupid like me.

- Ricky Keeler of Yanks Go Yard pointed out how the rest of the AL East is bypassing the Yankees in terms of talent and overall organizational direction.

- SG of RLYW examined the second base production from the rest of MLB to see what other suitors could be out there for Robinson Cano if the Dodgers are truly out of the running.

This Friday's jam is "Walk Idiot Walk" by The Hives.  Are The Hives still around anymore?  These guys were the shizz back in the day. 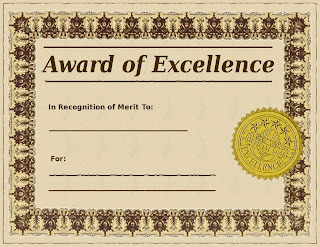 I'd like to come up with another intro recapping the ups and downs of the season, but honestly, we all know how it went and we don't need to be reminded of it again.  Let's just cut to the chase.  After the jump, AB4AR is proud to present its winners of the 2013 seasonal awards. 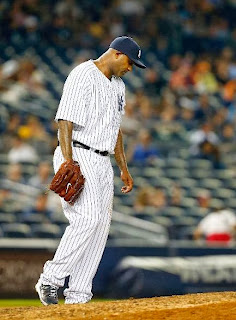 It was a rough season for CC Sabathia.  It started rough with a delayed throwing program and low velocity, it stayed rough with constant fastball velocity/command issues, and it finished rough with a Grade II hamstring strain that shelved him before he could make his final start.  The most damaging byproduct of those fastball problems was the major increase in HR allowed in 2013.  Sabathia set a new career worst with 28 dingers against, good bad for 7th most in all of MLB.  That total and final ranking comes after the big guy went homerless in September, so without that late SSS luck he could have found himself top 5 or even top 3 like he was for most of the year.

Well this is quite the unexpected turn of events.  According to a story published this morning by the New York Times, Alex Rodriguez and his legal team sued Major League Baseball last night, claiming they are leading a "witch hunt" to force him out of the game that MLB engaged in "tortious interference" as part of their attempt to build their suspension case against A-Rod.

The biggest accusation is one involving an MLB investigator paying $150,000 to Anthony Bosch for records on A-Rod that his legal team claims were stolen.  The specifics of the money exchange read like something out of "Ocean's Eleven" and if this turns out to be true that would be a huge blow to MLB.  I can't imagine that 211-game suspension would be upheld by the arbitrator if it turns out they were using tactics this shady to gather intel.

A-Rod said a few months back that he was going to be in a fight for his life with this appeals case and he's certainly handling it that way.  Love him or hate him, you have to give his legal team credit for doing everything they can to discredit MLB and paint A-Rod in a more sympathetic light.  The appeals hearing won't wrap up today, and there's no scheduled time table for when it will pick up again, but with this latest twist it should only get more interesting from here.

** UPDATE 10:00 AM- Here's the PDF of the full lawsuit.  Definitely take a minute to read that introduction. **

Biggest Cano Competition Out Of The Running Already?

"I can't talk about the other guy, but you already know that guy in New York is going to be paid. Not by us. But he's going to get paid.''

Now there is a non-zero possibility that Magic is just saying that to say it, but it would make sense for LA to take themselves out of the running for Cano.  They've spent a shit ton of money the last few years and it's a known fact that their major focus is locking Clayton Kershaw up long term.  If they are truly planning to stay away from Cano, that's a huge boost to the Yankees in terms of being able to re-sign him and re-sign him for terms that are friendlier to them.