It Ain't Too Hard To Figure Out...

You can't win games if you don't score runs, no matter how good your starting pitching is.  And you can't score runs if you don't hit.  The Yankees haven't hit worth a lick since the start of May.  They haven't hit when they've had good pitching and they haven't hit when they've had bad pitching.  Injuries are certainly a part of it, there's no denying that.  Injuries or no injuries though, a sub-.600 team OPS for the month of June is unacceptable.  Going 3 straight strikeouts with a runner on 3rd and nobody out is unacceptable.  It's time to sack up and start swinging the sticks better.
Posted by Unknown at 2:00 PM No comments: 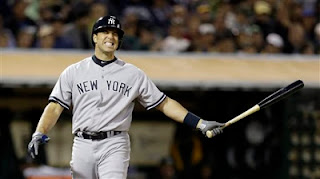 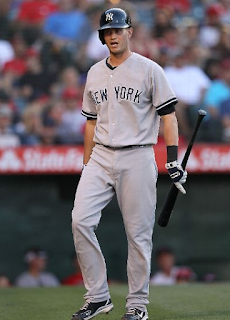