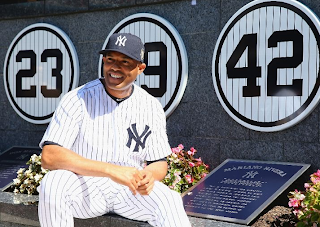 It's been over a week since Austin Romine suffered a concussion against the Baltimore Orioles, and despite being cleared by team doctors to return to catching bullpen sessions, Romine is going to be shut down for the rest of the season due to lingering concussion symptoms.  Romine talked about still feeling the effects of the concussion to Andy McCullough of The Star-Ledger on Thursday, saying he felt "off" and "I know my body. I know what I can do. So when I do stuff I’m not used to doing, I’m like ‘What the heck?’ I don’t want that to happen in a game.”

Romine referring to his knowledge of his body and how he is feeling may refer to the last concussion he suffered in 2011, one that cost him a lot of time in the Minors.  He followed that up with a back injury that sapped almost his entire 2012 season away before he finally got back to full health this year, so concussions and injury problems in general are nothing new for Romine.  That he is still feeling symptoms of this latest concussion almost 2 weeks after the fact is very concerning.  Catcher is a grueling position to play, and Romine is already racking up the job-related injuries that can cripple a guy's ability to be a good catcher at a young age.

With brain injuries and concussions being such a hot button topic in sports today, the Yankees are doing the right thing in shutting Romine down for the season.  You can't be too careful and this is already his second documented concussion in 3 years.  His long term health is the most important thing right now, and at 24 he's got plenty of time to work on improving his baseball skills.  But keep this in mind next year when the catching competition starts heating up in spring camp.  Romine could be the favorite to win the job if the team isn't active on the FA market, and it will be interesting to see if they take any extra precautions to limit his exposure to another potential head injury. 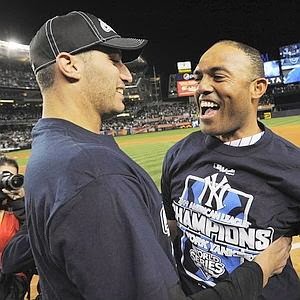 They have 72 win/save games together, the most in MLB history and a testatement to their greatness and longevity.  They have the most postseason wins (Andy) and the most postseason saves (Mo) in MLB history, a testament to the greatness of their teams and their knack for pitching the best when the lights are the brightest.  Between the 2 of them, they have a complete set of World Series rings for a pair of hands, something very few living players in baseball history can claim.

And this afternoon they'll both take the field in what could be their final time pitching together in Yankee Stadium.  Even if the game turns into a blowout, there's little chance Joe won't use Mo today on Mariano Rivera Day at The Stadium, and Andy isn't scheduled to pitch again until the final series of the season next week in Houston.  After all the history they've made together in Yankee Stadium, this afternoon's game could, and in all likelihood will be their last chance to add to that history.

I've been watching these guys pitch since I was 10 years old.  They're just as responsible for turning me into the Yankee fan I am today as Jeter is, and even though they've had long, illustrious, HOF-worthy careers, I'm still not quite ready to see them go.  If they have to, what better way than with a vintage tag team performance today to add to their records.