Extensions For Joe & Cano Should Be A Priority

When he wasn't busy trying to pull non-existent wool over the eyes of us Yankee fans or slapping us in the face with his bulging money clip, Hal Steinbrenner did take some time the other day to comment on the upcoming contract situations for Joe Girardi and Robinson Cano.  Both of them enter 2013 in the final year of their current deals, and in typical Yankee fashion Hal played the "we don't do extensions" card.  That's not surprising knowing how the Yankees do business when it comes to new contracts, but considering they're already changing the way they do business by trying to scale back payroll, it would be wise to loosen up the standards on the extension front as well.
Read more »
Posted by Unknown at 4:12 PM No comments: 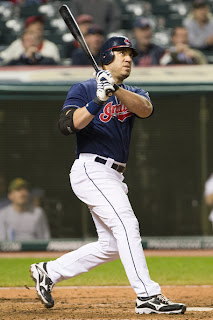 The Yankees are still in the market for a designated hitter for this season, and it's one of the few positions where they can actually afford to look for a lefty since they have A-Rod and Kevin Youkilis to handle the right-handed DH duties.  Mark Hale reported earlier this week that the Yankees have "no interest" in 42-year-old Jim Thome, which doesn't come as a huge surprise, but there is another name out there that I think could be a better fit than people realize.  That name is Travis Hafner, former Cleveland Indian who had his team option declined and hasn't generated a whole lot of buzz this offseason because of his annual injury problems.  This is going to sound crazy, but I think those injury problems are EXACTLY why the Yankees should be interested in Hafner.
Read more »
Posted by Unknown at 12:25 PM No comments: