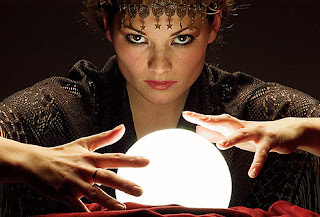 From the man whose job I wish I had, Chad at LoHud, comes the worst news I've gotten since I calculated my tax return:

"Behind Steinbrenner Field, there is a practice field that is essentially two infields stacked back-to-back. That’s where all of the Yankees infielders, catchers and pitchers are going through fielding drills this morning.

Among them is Jorge Posada, who’s in full catching gear for the drills. It’s the first I remember seeing him really go through catching drills this spring."

I repeat, AMONG THEM IS JORGE POSADA, WHO'S IN FULL CATCHING GEAR FOR THE DRILLS.

- CC did show up looking lighter, closer to the 25 pounds he said he lost.  He also made his first public indication that he would consider opting out after the 2011 season.

- Joba showed up looking fatter.  Bartolo Colon showed up just looking fat.  The Joba thing doesn't seem like a big deal to the organization, but apparently there's a plan in place to help Colon shed 25 pounds this ST and it doesn't involve him having a limb cut off.

- Phil Hughes was amongst the first to throw bullpen sessions last week, and also the first to start throwing offspeed stuff.  Later in the week, Joba joined him throwing his secondary pitches in the 'pen.  Both good signs.

- A.J. Burnett and Larry Rothschild continued spreading sunshine and good vibes about A.J.'s 2011 performance.  It all sounds good, but until the guy is out there pitching well against Major League hitters, I'm going to withhold judgement.

- The battle for the back of the rotation spots kicked off with few fireworks.  The old guys, young guys, and incumbents are all in camp, and while the organization did indicate that the battle was between the veterans, we're still at least 2 weeks away from anything materializing in terms of favorites.

- The Killer Bs are all in camp and getting attention, but Cash squashed any hope of them being factors in the rotation battle by saying ManBan and Beastances will start the season in Double-A.

- Mo was a late arrival to camp as he was tending to his sick child back home (presumably with his own God-like powers).  At this point in his career, Mo runs his own one-man ST camp so it's really NBD.

- Jeter and Gardner were both in camp early to work on their hitting.  Gardner said he's completely recovered from his wrist surgery.

- Jeter seems to be taking his bad 2010 and offseason negotiating barbs to heart as he's worked with Kevin Long extensively to rework his swing and get some speed back in his bat.

- Teix is also in camp, back to 100% health-wise according to him, and took a lot more swings this offseason to try to shake his recent history of starting cold in March and April.

- Robinson Cano had a case of the whoopsies and was a late arrival to camp, getting his days mixed up and arriving yesterday.

The team is all in Tampa now and the "real" Spring Training starts this week.  Let's see how these storylines progress and watch for what new batch of storylines present themselves over the next 7 days.
Posted by Unknown at 9:28 AM No comments: