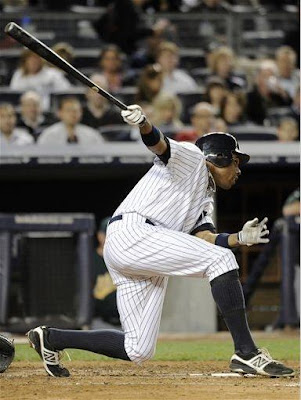 The RISP Fail theme has been around for so long this season that the perception is almost starting to become that the Yankees "can't" get big hits with runners in scoring position, which is not entirely true.  A look at the high-level team numbers will show that, but a look at the individual statistics is what adds fuel to this fire and, in my opinion, continues to drive this RISP Fail storyline.
Read more »
Posted by Unknown at 1:29 PM No comments: 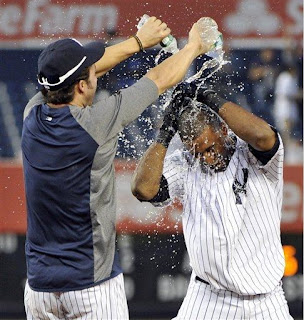 If you don't already know from my 2 previous mentionings of the topic, or if you just forgot, I spent the weekend in Chicago with a couple of my buddies for a bachelor party.  The hijinks that ensued upon our Saturday morning arrival were right on par with the craziness that defined the Yankees' weekend series against Oakland.  They got a lights out pitching performance from CC on Friday, only to lose the lead in the 9th and win on a walk-off HR in the 10th; Saturday's game was up there with the wackiest games in MLB this season, and yesterday was another close game full of missed opportunities, blown calls, errors, and late-inning drama.  Seeing as how I missed most of that, I figured I'd use this morning to catch up and give my thoughts on the events that transpired while also sprinkling in some observations from my own wild weekend in Chicago.
Read more »
Posted by Unknown at 10:13 AM No comments: 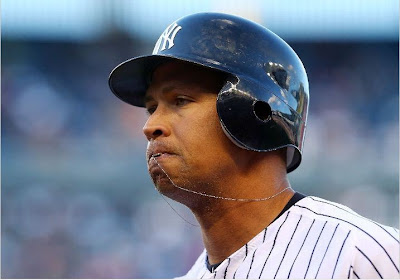 - The bullpen pitched 3.1 solid scoreless innings in relief of Kuroda, highlighted by some strong work from David Phelps and Boone Logan, but with the offense sputtering it ended up being for naught.
Read more »
Posted by Unknown at 7:14 AM No comments: