Big sports weekend for me this weekend.  HYYUUUUUUUUUUUUUUUUGE sports weekend.  Got a real nice lineup of college basketball games tomorrow, the NFL conference championships Sunday, and before that I'll be down in Chicago checking out the Blackhawks-Bruins game live.  It's almost enough to make me forget that we're 4 weeks away from pitchers and catchers reporting.  Almost.  Now onto the links!

- On Monday, SJK of NoMaas commented on the hypocrisy of MLB in how they handled the A-Rod suspension and subsequent appeal.  Preach, brother.  Preach.

- On Tuesday, Derek Albin of Pinstripe Pundits explained why the Yankees are not interested in signing Stephen Drew.  He makes a very strong case, but I'd still rather have Drew than Sizemore and Anna.

- On Wednesday, Michael Eder of IIATMS/TYA ran the numbers again to see how much room the Yankees have under the budget ceiling with Tanaka still to sign.  No chance they get under 189 now.

- Also from IIATMS/TYA, the second of our new podcast series "It's About The Yankees, Stupid."  Still a work in progress but you should definitely check it out.

- Mike Axisa of RAB broke down Adam Warren's 2013 pitch type splits and results to see if he could be an effective short reliever.  I still like him as a long man.  Just my opinion.

- On Thursday, Tanya Bondurant weighed the pros and cons of releasing Alex Rodriguez.

- Chad Jennings of LoHud had all the details on the new replay system going into effect this season.  Still don't understand why the neighborhood play at second isn't reviewable.  If the guy isn't on the base, it shouldn't be an out.

- El duque of It Is High... imagined what Bud Selig's farewell visit to Yankee Stadium might look like later this season.

- Jason Evans of Yanks Go Yard examined how the Clayton Kershaw deal will impact the Yankees' pursuit of starting pitcher in this and future offseasons.

- Daniel Burch of The Greedy Pinstripes compared some key stats for David Robertson and Grant Balfour to show why D-Rob should just be named the closer.

Going with the new song by A Perfect Circle, "By and Down", for this week's Friday Jam.  Creepy tune.  Very creepy.  Makes me want another APC album and another Tool album this year.

What Other Number Are The Yankees Going To Retire This Year? 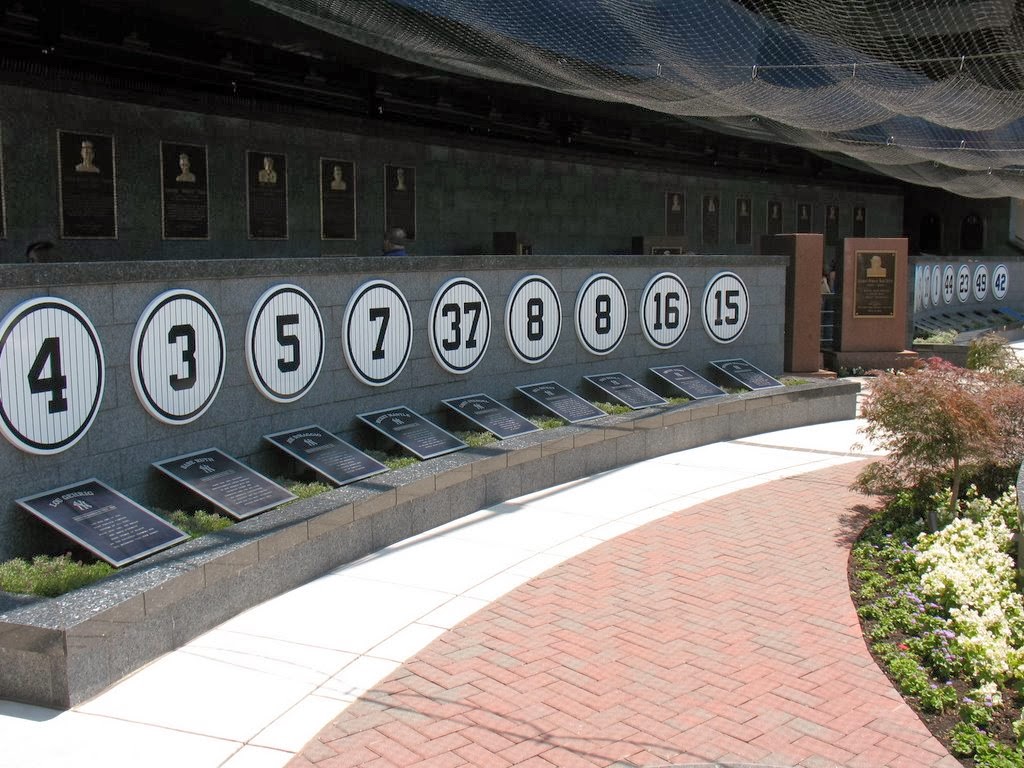 Not everything Hal had to say at the owners' meeting earlier this week was A-Rod-related.  One of the more fun talking points that came up in his media session was the implication that the Yankees could be retiring multiple numbers this season.  With Joe Torre getting elected to the HOF, it's obvious that his #6 will be going out to Monument and that day and ceremony at The Stadium will be awesome.  Hal's statement on the eventual date left the door open for somebody else to join him:

“We’re going to figure out just who.  He may not be the only one.  We haven’t gotten into it yet.”

So who's the other lucky duck?  The players who make the most sense are Andy Pettitte, Paul O'Neill, Bernie Williams, and Jorge Posada.  Pettitte and Jorge haven't been retired long enough to have their numbers retired, although it's obvious the team is going to retire them at some point down the road.  O'Neill, as much as I love him, wasn't a lifelong Yankee and wasn't a homegrown Yankee, so I'd be surprised if he got the honor before the other guys.

That leaves Bernie.  Homegrown, 16-year career, all in pinstripes, 4 WS titles, has been retired for almost 10 years now, and has had his number 51 out of circulation since he retired.  That's basically the perfect resume for Monument Park.  If the Yankees are serious about adding another honoree with Torre this year, I think it'll end up being Bernie.
Posted by Unknown at 10:30 AM No comments: 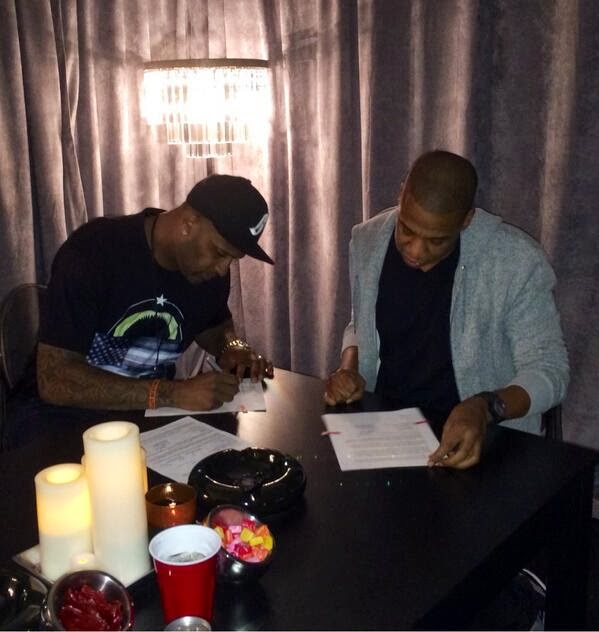 When you find a way to get your first client a 10-year deal that nobody thought he would get, that's going to draw some interest from other players.  Via the above photo, CC Sabathia became the second current/former Yankee to jump ship to Jay-Z's Roc Nation Sports agency yesterday.  Unlike Robinson Cano, he's under contract through at least 2016 and not looking to maximize his earning potential, so there's not nearly as much to this move as there was for Cano and nothing really changes for CC as far as us fans and bloggers are concerned.

I want to like this move, I really do.  But after Cano signed with Jay-Z and turned what should have been an easy re-sign into a new deal in Seattle, I'm not as big a fan of Hova the agent as I should be.  Only a matter of time before somebody else in pinstripes follows suit and joins the new fad.  My money's on Preston Claiborne.

P.S.- I think I might actually be fatter than CC at this point.  That's not good.
Posted by Unknown at 7:27 AM No comments: