I'd like to talk about how much of an idiot Fred Wilpon is, but that's already abundantly clear to everybody who follows baseball or anybody who is sad and pathetic enough to be a Mets fan.  So instead of wasting everybody's time and my typing effort, I'd like to take the opportunity, in honor of today's good news that the Mets are selling a minority stake in the team to a guy named Einhorn, to play this clip and laugh once again at the Mets expense.

Looking At The Soriano-Less Bullpen 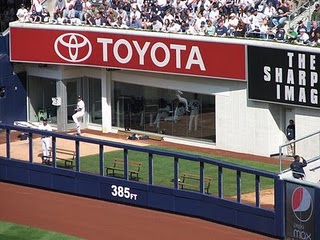 (Could we see a new face out here soon?  Do we need to see one?)
It would not be an unfair statement to say that Rafael Soriano was the hole in the Yankee bullpen before he was put on the DL last week.  But now that the results of his Dr. Andrews have come back and we know he's going to be on the shelf for a while, it's also fair to state that, as bad as he has been, there is still potentially a hole in the 'pen without him.  Heading into tomorrow's game, here's what the Yankee bullpen looks like:

While the end of games looks to still be in good hands with Mo, D-Rob, and Joba, the middle innings are a bit of question mark right now.  Sure, the Yankees have gotten good results from Noesi and Pendleton, but those results have come from a total of just 14.1 innings pitched over 7 appearances and the higher FIP and xFIP values of those 2 combined with low K/9 results suggest that some lucky BABIP values and good defense behind them has something to do with the results.  Over the long haul, these numbers might start to look uglier as the law of averages sets in.

The lefty spots in the 'pen have also been, and could continue to be, a question mark.  Boone Logan's overall body of work might look adequate, but when you consider that he's the #1 lefty specialist out of the bullpen and has a .323/.382/.484 tripleslash against in 31 at-bats vs.lefties, it's clear that he's been far from a sure thing at his job.  And Ayala's numbers, while strong, have come in just 12 innings, and counting on him to replicate what he's already done over the rest of the season would be a risky venture.

In general, though, this group gives the Yankees plenty of flexibility for the time being.  They have their 7th, 8th, and 9th inning roles clearly defined (just the way Joe likes them), they have 2 lefties who can be used for a batter or 2 or an inning + if needed, and in Noesi and Pendleton they have 2 guys who can fill in for multiple leveraged middle-relief innings, garbage time innings, or be stretched out in extras as Noesi was in his first appearance.  Every conceivable situation is covered, and with the rotation consistently providing at least 5-7 innings and sometimes more, there is little risk of anybody getting overworked.

The decision the Yankees need to make is whether or not they are comfortable with this group moving forward for the foreseeable future.  Outside of their 3 top guys, there really isn't a lot of swing-and-miss stuff out there and if nothing else, there are guys in Triple-A who could potentially provide that.  Kevin Whelan (9.15 K/9), Ryan Pope (9.53), George Kontos (9.25), and Andy Sisco (9.42) could all bring a little more OOMPH to the Yankee 'pen, but some multiple-inning flexibility would have to be sacrificed by sending either Noesi or Pendleton down to accommodate one of these 4.

For the time being, I see the Yankees sticking with what they have and continuing to make moves to replenish a multi-inning arm as needed.  If somebody does start to fall off a cliff, however, I wouldn't be surprised to see one of the lower-leverage guys (probably Pendleton) sent down in exchange for a more powerful arm.  My money would be on either Whelan or Pope.
Posted by Unknown at 12:32 PM No comments: 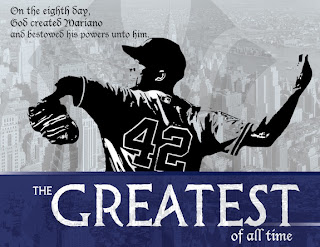