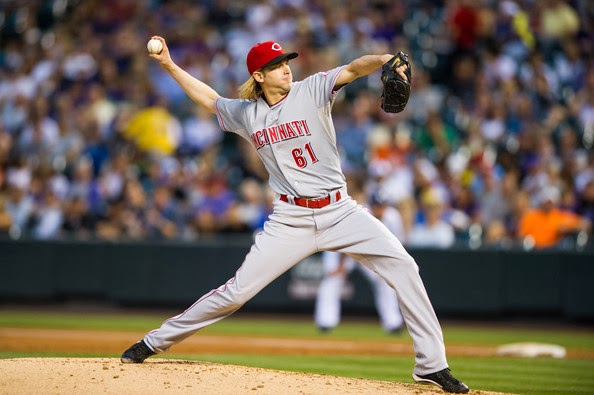 I wouldn't mind 1 from the Arroyo-Maholm duo, not interested in Santana on anything more than a MiL deal, but 2 would rub me the wrong way.  The Jimenezes, Garzas, and Santanas of the world are still better pitchers than those lower-level guys and are still better options for the Yankees, who need to make a serious effort to improve the rotation if they want to reap the full benefits of revamping their lineup.  In the event they don't sign Tanaka, they need to stay interested in all rotation possibilities, not just the cheap ones.
Posted by Unknown at 2:48 PM No comments:

A-Rod Backup Options Not Getting Any Better

On the heels of yesterday's A-Rod suspension decision, and on the heels of the disconcerting news earlier in the week about the current backup plan at third base, the Yankees still don't appear to be making a greater effort to find a suitable replacement for the position.

Mark Feinsand reported yesterday that the Yankees only offered Mark Reynolds a MiL deal, something he won't take because some other team out there will give him a Major League one.  Apparently Reynolds' work late in the 2013 season wasn't enough to convince the Yanks to take a 1-year gamble on him, even though he's unquestionably a better everyday right-handed option than Eduardo Nunez.

One player who will accept a MiL deal is Scott Sizemore, and according to Ken Davidoff he's close to signing one with the Yankees.  Sizemore, 29, has hit .238/.328/.381 in 598 career Major League PA and has missed all but 2 games of the past 2 seasons with torn ACLs.  He's nothing more than an organizational depth signing, and based on his injury problems he's more likely to wind up back on the DL than contributing as part of the 25-man roster.

The Yankees now know they won't have A-Rod for the entire 2014 season.  Based on these latest reports, they don't seem to be in any kind of a hurry to find an upgrade for him and I really don't understand that logic.
Posted by Unknown at 12:08 PM No comments: