Major victory for me in my day job this week, people.  Truly life-altering stuff.  In my position, I'm constantly being shipped cases of sample containers for projects I run, usually bottles and cans.  When you do a lot of business with the big soda and beer companies of the world, there always exists the opportunity to get some free product, but I've never been lucky enough to experience that perk in the hundreds, probably thousands, of container samples I've received since I started working for my company.  Until this week.  I got me a fresh 24-case of 16oz aluminum Bud heavies sent to my attention for machine testing.  The King.  I damn near pissed my pants in excitement when I realized the bottles were full.  I saved about 5 to use for the project and the other 19 are going right back to the crib to take their rightful place in my fridge.  Is it shitty beer?  Absolutely.  Am I going to do my duty as an American and enjoy the hell out of every last drop?  You betcha.  Who needs profit sharing when you've got free beer?  Now onto the links!

- On Monday, Derek Albin of Pinstripe Pundits analyzed the history of Yankee draft picks to find where their strengths and weaknesses have been, both past and present.

- On Tuesday, William Juliano of The Captain's Blog looked back at past instances of HOF voters letting their moral compasses get in the way of logic.  Timely considering all the anti-steroid stuff going around this week from current BBWAA members.

- Chad Jennings of LoHud had some more nitty gritty details on A-Rod's injured left hip thanks to a Tuesday afternoon conference call with the suddenly famous Dr. Kelly.

- Erica Morales of Bleeding Yankee Blue wondered about Joba Chamberlain's future with the Yankees as he heads into a contract year this season.

- On Wednesday, Steven Goldman of Pinstriped Bible made his 3-point pitch for why the Yankees should trade Phil Hughes.

- Mark Simon of ESPN looked at Mike Mussina's career and made a strong HOF case for Mussina when he becomes eligible next year, a case that might also be strengthened by his not being connected to PEDs.

- SG of RLYW looked back at the last 5 years of projections vs. actual production from Alex Rodriguez to see if there's anything they can tell us about what to expect in 2013 after his upcoming surgery.

- Matt Hunter of Yanks Go Yard investigated the fit between the Yankees and Michael Morse.  Spoiler alert- it's a good one.

- On Thursday, Mike Eder of TYA identified 2 Cuban players that would be great targets for the Yankees, especially because they aren't subject to the new CBA rules on international free agents.

- El duque of It Is High... mused on what Brian Cashman could be up to behind the scenes during this part of January, his usual big surprise time of the offseason.

- Mike Axisa of RAB looked back through the Baseball America archives at some past top Yankee prospects and top 5-10 lists, and how they panned out.

- On Friday, Bryan Van Dusen of The Greedy Pinstripes weighed the option of giving up a big prospect package for Justin Upton in the wake of the failed Seattle trade.

- Stacey Gotsulias of Second Place Is Not An Option continued her daily countdown to Spring Training 2013 with a look back at one of Jason Giambi's better seasons in pinstripes.

- Brien Jackson of IIATMS offered up his take on Hal's offseason commentary from yesterday, and it was far more level-headed than mine.

This week's Friday Jam is a doozy, "Savage Henry" by Lo-Pan.  If you aren't familiar with their work, do yourself a favor and get familiar because these guys rock, plain and simple.  I checked them out a month or so ago in one of Magary's "NFL Jamboroo" posts on Deadspin and I've been hooked ever since.  Lead singer's got some pipes on him.

Enjoy your weekends, everybody.  And just a reminder, only 2+ days left until Prospect Week and the 2nd annual AB4AR Top 30.
Posted by Unknown at 3:30 PM No comments: 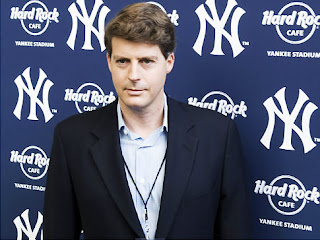 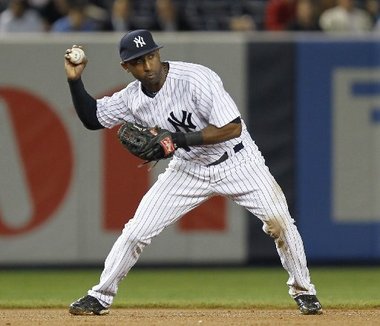