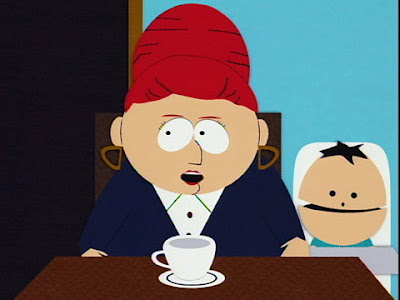 Interesting little note buried at the bottom of the Yankee blog story about Phil Hughes in the Post yesterday:

*Catcher Jesus Montero, one of the Yankees' top prospects, is working out at first base.

Uh, come again?  Are you shitting me?  I could have sworn I just read that the Divine Savior is working out at first base instead of working on his catching skills to make himself viable defensively at the position.

What the F is that about?  The Yankees are stocked at first base for almost the next decade so what's the point of giving up on The Almighty behind the plate before he's worked with Major League-level players and coaches at the position?  Unless the Yankees truly do believe that Montero is more valuable as a trade chip than a future part of the lineup, this is a terrible move.  You don't try to compensate for such a highly-touted prospect's one major weakness by completely glaring over it and trying him at a new position before he's had a real chance to improve; that's something you do for an already established player heading into the twilight of his career (i.e.- moving Johnny Damon to left field to compensate for his diminishing range and weak arm).

However bad Montero may be behind the plate, he can't be much worse than Jorge, and Jorge's days behind the dish are numbered as it is.  If the Yankees are serious about making Jesus a feature part of their future plans, they need to give him as much time behind the plate as possible before deciding that he can't do it and needs to play elsewhere.  The only way this makes any sense is if they are trying to ease him back into the defensive swing of things after his hand injury last year.
Posted by Unknown at 5:35 PM 1 comment: