A Quick Word On HR Allowed

I failed to reference it in the rotation reassessment post from this morning, but I'd be remiss if I didn't at least point out the 1 problem the Yankee rotation, and really the pitching staff as a whole, has had this year.  It's the long ball.  As much as chicks dig it, I have to imagine Joe doesn't when he's working with this weak of an offense and the Yankees have been a bit more generous than usual in allowing them this season.  Their 100 allowed as a team and 69 by the starters both rank 10th in MLB and the biggest offender is still a bit surprising.

That offender, of course, is CC Sabathia and his 21 long balls given up.  That's tied for 3rd most in baseball this year and is 3 more than the super homer-prone Phil Hughes has allowed.  Between the 2, they're responsible for 39 of the rotation's 69 and some of the more crippling ones, like the one Hughes gave up late in Saturday's game or the 3-run homer CC allowed after the Nunez error yesterday.  Everyone else's rates have been acceptable, but this number will be worth keeping an eye on in the second half.  It'll be tough to stay in contention for long if guys like Kuroda and Pettitte start giving up more dingers.
Posted by Unknown at 3:20 PM No comments: 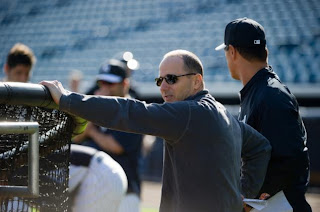 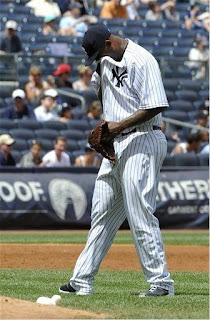