Vernon Wells Is Worth HOW MUCH???

Sources say the Yankees' share of the Vernon Wells contract will be about $13 million over the last two years of his deal.
— Buster Olney (@Buster_ESPN) March 24, 2013


I'll have more on this tomorrow, but the more that comes out about the Vernon Wells situation the more flabbergasted and pissed off I get.  You're telling me that not only did the Yankees willingly add 2014 salary in the form of Vernon Wells, they added salary at a $6.5 million per year clip???  For Vernon Wells???  That's the same deal they gave Ichiro and he's been way better than Vernon Wells the last four seasons.  Now the Yankees will head into NEXT season owing eight guaranteed figures to two declining, late-30s platoon outfielders.  Not exactly smart business for a club trying to operate on a budget.

It doesn't even matter what type of prospect or non-prospect they give up in this trade, when you agree to pay that much more for two years of Vernon Wells you're the loser of the deal.

There are more questions than answers in Yankeeland heading into the start of the regular season in a week, and that's nowhere near ending with the current situations of Derek Jeter, Phil Hughes, Clay Rapada, the bench competitions, and the seemingly imminent Vernon Wells trade.  If you aren't up to date on what is still up in the air and what isn't, here's your chance to catch up.

Just a reminder, phase 3 of the 2013 AB4AR season preview starts tomorrow with the first of the "2013 Season Preview" series.  Over the course of the next week, I'll be previewing the 2013 season for each roster group (lineup, rotation, bullpen, bench) and making my final predictions for the 2013 season.  It's gonna be a hoot.
Posted by Unknown at 3:27 PM No comments: 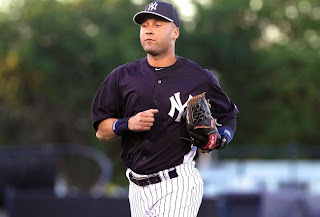