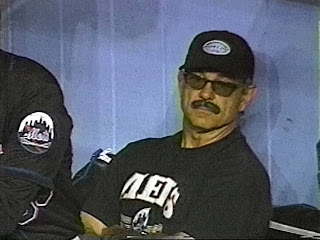 The Art Of Hedging Your Offseason Bets 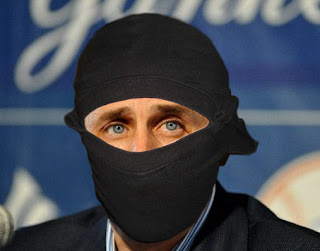 (The one man who could make it all happen)
All in all it was a pretty active offseason for the Yankees.  They completely remade their rotation, brought in lots of new options to fill the DH spot and bench, and added some potential depth to both this and next year's bullpens.  And they managed to do it all in a cost-conscious way, an approach not traditionally taken by the front office when Hot Stove season rolls around.  The formula for doing that successfully has been Cash's ability to hedge his bets on all the moves he's made.

The Michael Pineda trade was a risky move, no doubt.  The Yankees were giving up two young, cheap pieces of their 25-man roster including their starting DH, who also happened to be their number 1 hitting prospect, for a very young starting pitcher with a still yet to be determined ceiling.  You would only give up what the Yankees gave up if you knew you were getting a top tier starting pitcher back, and while the Yankees are hoping and planning on Pineda becoming just that, it's still too early to say whether or not that happening is a lock.  That bet on Pineda was hedged to a certain degree by him being a young, cheap player who will be under team control for years to come.  It was further hedged when Cash went out and signed Hiroki Kuroda, a veteran pitcher with consistent above-average career performance who should give the Yankees added depth and skill in their rotation.  This depth and skill will help ease the sting of any growing pains Pineda might go through as he attempts to evolve into a #1-#2 starter, and it also gave the Yankees the ability to pursue trading The Pitcher Who Shall Not Be Named.

That trade essentially became the way for the Yankees to hedge their bets on filling out the roster under their self-imposed budget constraints.  The argument can certainly be made that the penny pinching efforts in filling the roster this offseason were unnecessary, especially given the level of talent the Yankees were going after and the money involved in doing so, but that was the plan and credit has to be given for how they stuck to it.  The Yankees were covered no matter what the outcome of the trade efforts turned out to be.  They signed guys like Bill Hall, Russell Branyan, and Clay Rapada to MiL deals to give themselves Major League-proven options should the trade not go through and give them the money they felt they needed to sign the guys they really wanted.  Once the trade did go through, they went out and added the guys they wanted in Raul Ibanez, Eric Chavez, and David Aardsma, better options who got a little more money and guaranteed deals.

It was a masterful job of working within the confines the front office set for itself, and as a result the Yankees are sitting pretty this Spring Training.  They have the guys they always wanted (Ibanez and Chavez), and if they get hurt they've got cheap backups on standby (Hall, Branyan).  If those guys also happen to get hurt, or are just completely ineffective, the Yankees are still covered by their cache of in-house MiL depth (Brandon Laird, Ramiro Pena, Jorge Vazquez, Chris Dickerson, Justin Maxwell).  It was unfamiliar territory for us to watch the Yankees work under a strict budget this offseason, but they passed the test with flying colors.  Some of the moves they made were just as risky as the big-dollar free agent signings they're known for, but Cash and the front office did a great job of minimizing that risk by hedging their bets with other moves and making sure they weren't going to be lacking options when it came time to finalize the roster for this season.
Posted by Unknown at 12:19 PM No comments: 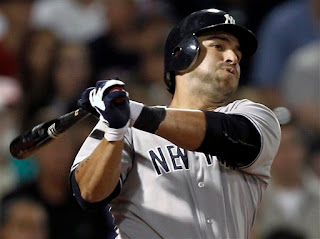 This also sheds a little light on how confident or not confident the Yankees are in Chavez' ability to stay healthy this year.  I don't think they would willingly hand out $3 million if they thought there was a chance Chavez could reach these marks.  But still, a .294 wOBA in a season spent mostly on the DL last season and Chavez turns it into a new contract with bonuses not even tied to any kind of production.  I should have been a baseball player.
Posted by Unknown at 9:00 AM No comments: