The Yankees and the Orioles are the ESPN "Sunday Night Baseball" game tonight, and as much as it pains me to have to watch with the way they're playing right now, I can't not watch them when I have the chance.  So with the play on the field being of little entertainment, I figured I could try to make tonight's game a little more watchable with the first live blog since Opening Day.  The Yanks send Hiroki Kuroda to the hill tonight to try to salvage something from this series.  Here's the lineup that will attempt to support him:

First pitch is set for a little after 8 PM EST/7 PM Central.  Live blog will start sometime shortly before then.

Earlier today, Chad Jennings reported that both Josh Bell and Adonis Garcia were officially activated off the Triple-A disabled list.  Both players have spent the bulk of the MiL season out and just began their rehab work recently in the lower levels.  Even though neither are household names by any stretch of the imagination, they represent another opportunity for the Yankees to marginally upgrade their roster and add some desperately needed offensive options to their completely decimated and unproductive lineup.

Bell, 26, has played in the Majors before and offers a ton of flexibility, both at the plate as a switch hitter and in the field as a guy capable of playing both outfield and infield corners.  Garcia, also 26, was an unheralded international signing out of Cuba - one I've profiled before - and could stand to get his shot at reaching the show thanks to the Major League roster's offensive ineptitude and injuries to Ronnier Mustelier and Brennan Boesch.

It's highly unlikely that either of these guys will make much of an impact, but with their season and postseason hopes starting to crumble around them the Yankees need to do something.  The 3-man bench isn't working for them and there's little need for 8 guys in the bullpen.  I wouldn't be surprised to see another move or two made in next day or so. 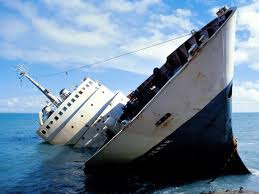