Mauer Re-Ups with Twins, Helps Continue To Set The Table For Jesus Montero To Be Yankees' Next Catcher 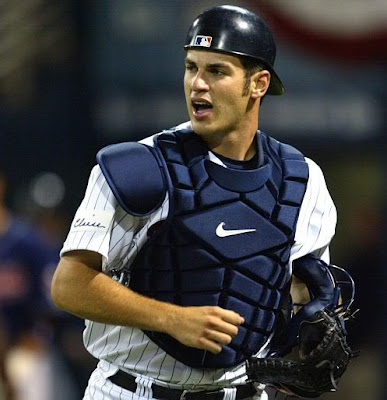 Congrats to Joe Mauer on his 8-year, $184 million deal that was finalized today, complete with a full no-trade clause, that all but guarantees he will play his entire career in Minnesota.  Along with showing that the Twins are willing to and capable of keeping a key player in-house to help compete with the Red Sox and Yankees of the world, this deal also guarantees that the Twins will have at least one player on their roster for the future who won't completely shit the bed in their Divisional Series matchups against the Yankees.

The effect this deal has on the Yankees is that it scratches the biggest name off their 2010 offseason shopping list and pretty much ends all speculation about what the plan will be for The Almighty Jesus moving forward.  Despite being cut from the Major League Spring Training camp today along with Austin Romine, Joe praised Montero's work and improvement behind the plate.  Logic would dictate that this will be Jorge's last season behind the plate, at least as a full-time, 100+-game catcher, and if Montero continues to hit like a beast in Triple-A this year and continues to improve his skills behind the dish, he should be the Opening Day catcher in 2011.

On the bad news side of Minnesota sports page today, it was announced that Joe Nathan will have season-ending Tommy John surgery on his pitching elbow, leaving the pickings a bit slim on the closer shelf of the Twins' bullpen cupboard full of decent, but unspectacular options.  No word yet on whether Nathan blamed Phil Cuzzi for the injury.
Posted by Unknown at 7:45 PM No comments: 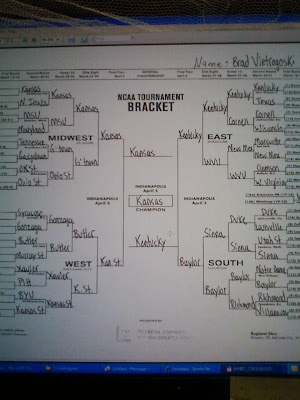 Enjoy the rest of your weekend, Yankee fans.  If you get bored with the tournament, check out the UFC on Versus tonight.  Jon Jones and Junior Dos Santos are trucksticks.
Posted by Unknown at 12:43 PM No comments: