I feel like I would be doing a disservice to myself and all of you dear readers if I didn't use this weekly random rant space before the Linkapalooza to inform you of how awesome Lay's kettle-cooked potato chips are.  I can't get enough of them.  The original ones are banging, the BBQ ones are banging, the cheddar ones are banging, and even the reduced fat ones that don't have the same saltiness are banging.  I have to force myself to stop eating them when I'm watching TV sometimes, like during the NBA Draft last night, because I can eat an entire bag and not even realize it.  Do yourself a favor and try some of those, because they are good shit.  Now onto the links!

- On Tuesday, Jamie Insalaco of Bomber Banter looked at what the Yankees are missing from their roster right now.  And that was BEFORE almost half their rotation went on the DL.  Like Jamie, I don't see much of these issues being addressed before the trade deadline.

- Rich Kaufman of NYY Universe wondered if Derek Jeter has a chance to reach 4,000 hits, and if he doesn't, where will he end up?

- William Tasker of IIATMS, in honor of Derek Jeter's 38th birthday, went back in time and listed The Captain's 38 greatest hits by WPA.

- On Wednesday, William Juliano of The Captain's Blog, as he always does, uses the numbers (and the history) to help disprove the "Yankees hit 2 many homerz" theory.

- Mike Axisa of RAB analyzed Cory Wade's poor month of June, citing his poor changeup command as a cause.

- On Thursday, Rob Abruzzese of Bronx Baseball Daily listed 10 starting pitchers the Yankees could trade for if they felt the need after the recent rotation injuries.

- Mike Ashmore of the self-titled Thunder Thoughts scored an interview with the still-unsigned Ty Hensley.  Hensley's self-scouting report sounds like it was delivered by an actual scout.

- On Friday, Mike Eder of TYA investigated the new phenomenon of Phil Hughes' 2 different curveballs, a topic that became very popular after his latest start this week.

For the Friday Jam, I'm going with "Tres Brujas" by The Sword.  I could have seen The Sword and Kyuss last December at a little concert hall in Milwaukee.  I don't remember why I didn't.  Between the lack of memory, talk of potato chips, and The Sword, it's getitng real stoner-y on AB4AR right now.  Oh well.

Good luck to Adam Warren tonight, and enjoy your weekends, everybody.
Posted by Unknown at 2:30 PM No comments:

A Quick Refresher On Adam Warren 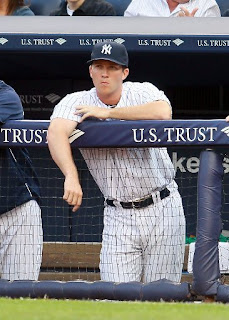 Adam Warren will make his Major League debut tonight, and he's got some big shoes (and pants) to fill in CC Sabathia's rotation spot.  He's the 3rd of the previously-vaunted 5-man Triple-A staff to make an appearance in the show this year, and it wouldn't be unfair to say that his opportunity is the best one out of the 3.  With Sabathia on the shelf for a few weeks and Andy for a few months, Warren has a real chance to become a fixture in the rotation for the foreseeable future.  I had Warren ranked as my #7 prospect in the Yankee system in the inaugural AB4AR Top 30 Prospects list last December, but with a lot of time passing since then, it's probably good to reacquaint ourselves with him. 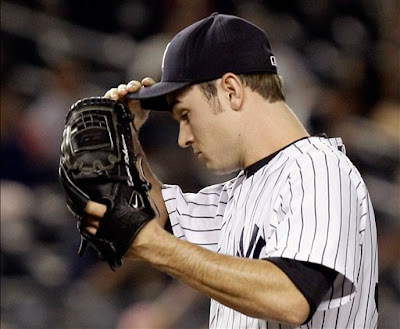