So apparently it wasn't a video game tournament, but rather a 3-stage arcade game tourney as described by Chad at LoHud.

I'll still stick with Mo at 3:1 in skee ball because of his inhuman accuracy, Jeter at 5:1 in Pop-A-Shot because that requires both excellent hands and a good rhythm, and Jamie Hoffman at 7:1 to win the Indy racing game if for no other reason than it's probably the only time I will ever mention Jamie Hoffman on this blog.
Posted by Unknown at 1:19 PM No comments:

Yankees Team Billiards & Video Game Tournament Today: Who Ya Got??

While everybody else is looking ahead to tomorrow's first Spring Training game, I'm focused on what's really important. And that, of course, is today's team billiards and video game tournament. Last year's team billiards outing was a huge hit with the players and more than likely set the tone for the loose, laid back atmosphere that the team played in last season. This year it should be even bigger and better, and with video games thrown in to boot, the competition should be fierce. Here's how I see each tournament breaking down. 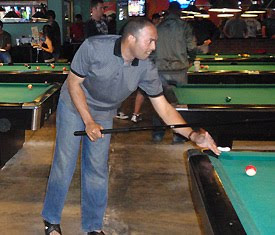 Everybody knows billiards is a gentlemen's game. It's a game that requires deep concentration, thinking, and the ability to play angles and pick spots. The overly mental tone to the game favors those who have to spend the whole game thinking one step ahead, namely pitchers and catchers. It's also a game that requires focus and a cool, calm demeanor, something that veterans will most likely possess to a greater degree over the young guys.

Factoring in those aspects, I would expect guys like Mo and Andy Pettitte to be the odds-on favorites in the pool tournament. These guys carry themselves like pool sharks on the mound to begin with and have years of pressure situations to fall back on to prepare themselves for the tourney. But don't sleep on positional veterans like Jorge or Jeter. Jorge's place as on-field leader and Jeter's knack for always being a step ahead of the competition (see: The Flip) make them very dangerous. If I were a betting man, I would take Mo at 3:1 odds to win. 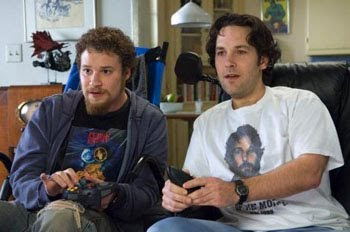 Now as for the video game tournament, that's a whole different story. Video games favor the young guys because they have been a bigger part of their generation. Guys like Joba and Dave Robertson and Brett Gardner have grown up with Madden and Mario Kart and are almost assuredly more up on the latest video game technology than Pettitte or A-Rod (can't picture Andy playing too much online Modern Warfare 2 at night). So as badly as they might get torched on the pool table, expect the young'ns to dominate the video game tournament.

But even that is not as simple a pick as it seems. The winner will be decided by what game is being played. Sports games like Madden or NBA Live would seem to favor the Jobas of the world: high-energy dudes who like to take risks and talk shit. I could see Joba fist pumping his way around his apartment at night after a big Madden victory. Tactical games such as Call of Duty or Halo will favor the calmer, more cerebral players like Gardner or Frankie Cervelli. My pick to win is Phil Hughes at 4:1 because of his good balance of calmness and sneaky bulldog toughness on the mound that should translate well to success at any game. But don't forget about younger players like Andrew Brackman, Mark Melancon, or Kevin Russo. With not as much money to spend as guys in the Majors, Double- and Triple-A guys have to get more than their fair share of video games in.

The picks, to review: