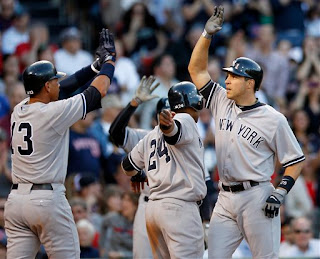 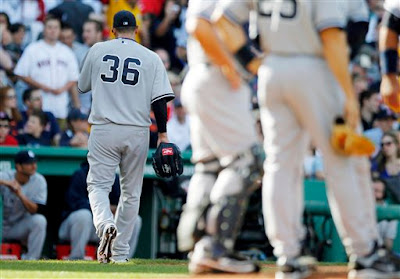 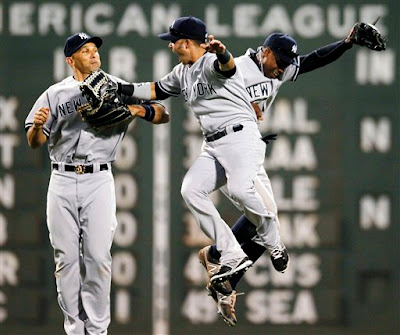 And the leader in the clubhouse for Yankee quote of the year, courtesy of Mr. Mark Teixeira:

“It’s baseball, and it’s hard to feel sorry for anybody.  That’s not a knock on (Bobby Valentine) or anybody, but you go out to win the game. I’ve never felt bad about winning games.”

Nor should you, Mark.  Not with the game you had on Saturday.  I have to say that watching the 7th-8th inning comeback on Saturday while standing at a craps table with my best friends while all of us were riding mini-hot streaks and yelling and cheering like maniacs was quite enjoyable.  Even more so when there was a guy at the other end of the table wearing a Fraud Sawx shirt.

(Photos courtesy of The AP)