Thoughts On This Week's Round Of MiL Promotions 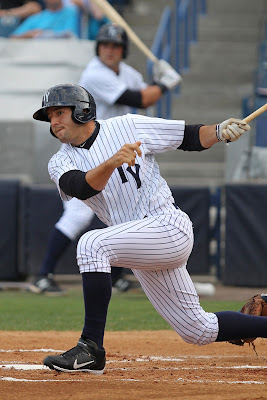 (Betcha didn't think I'd lead this post with a photo of Segedin.  Courtesy of Mark LoMoglio)﻿

If you've read enough of my prospect-centric posts, you know by now that I'm pretty impatient when it comes to promotions.  I fully understand and respect how the organization manages their prospects and promotion plans, and I readily admit that they know what they're doing with these guys a helluva lot better than I do, but that still is never enough to calm my impatience when I see guys absolutely torching a certain level, a la Tyler Austin in Low-A this season.  In the same vein as my prospect rankings weighing heavily on consistent production at each level of the Minors, I always want to see a kid who's shown that he's mastered his current level get moved up ASAP so we can start seeing what he's got against better competition and if he can adjust and improve his game to perform and exceed at the next level.

With the MiL All Star Games in the rearview, the Yankees got around to promoting some of their bigger low-level position guys this week, most notably Austin, Gary Sanchez, and Mason Williams from Charleston to Tampa, and J.R. Murphy and Rob Segedin from Tampa to Trenton.  After the jump, check out my take on each guy's promotion and what I think it might mean for them moving forward. 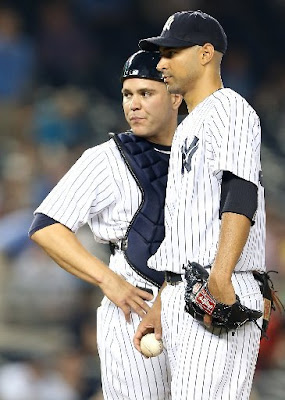 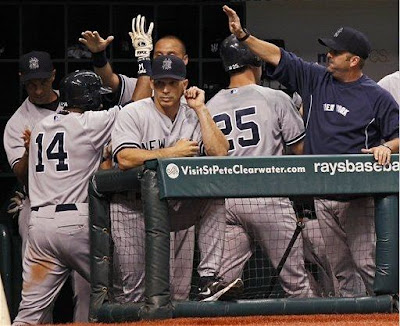 (Can somebody give Joe a high five?  Courtesy of The AP)﻿

No time for an intro this morning.  Here's the quick hits.

- David Price was filthy with his curveball last night, and held the Yankees to just 1 run through 7 IP, with 8 Ks of his own.

- Boone Logan left a slider up to Carlos Pena in the 7th that Pena crushed for a 3-1 TB lead.

- Kyle Farnsworth walked the yard in the 8th to set up the Yankee comeback.

- Big offensive plays for the Yanks on the night: Teix's solo HR in the 7th, A-Rod's bases-loaded walk in the 8th, Cano's 2-run single in the 8th that plated the game-winning run.