Time to check out the people around the blogosphere who are smarter than me and much better writers.  To quote the awful current Bud Light advertising campaign that makes a complete embarrassment of the man who used to be Apollo Creed (certified badass extraordinaire), here we go:

- Brien at IIATMS leads us off with a complete FJM-style destruction of Bill Madden's latest "column."  I thought I was starting to step my FJM game up, but holy freakin' crap!  Brien completely knocks this one out of the park and I commend him for a job well done.  I couldn't have said any of that better than he did if I wanted to and devoted the rest of my life to trying to.  If you're keeping score at home that's Brien- 1, Bill Madden- 0.

- Rob A. at Bronx Baseball Daily takes a hack at predicting the Yanks' latest 25-man roster and does a pretty solid job.  I can't say I share his faith that Andy is coming back to take Mitre's place in the rotation, or that Brackman or Noesi would be the first options to fill the "long man" role in the bullpen right out of the gate, but we'll see what happens when ST starts.

- Larry Koestler at Yankeeist becomes the latest to make the "Joba for 5th Starter" argument, and takes it to a whole new level by writing a letter to Cash practically pleading with him to give Joba a shot.  Once again I will go on the record as a firm believer that Joba should be in the 'pen, but you can't argue with Larry's numbers.

- On the other end of the potential 5th starter spectrum, Mike Silva at NY Baseball Digest tries to make a case for Kei Igawa.  Uhhhh, no.  No.  Hell no.  Fuck no.  A thousand times no.  I don't care what they are paying him or what kind of chance he got to be a real starter, Kei Igawa fucking sucks and has no business being on a Major League pitching mound.  But hey, read Mike's case and make your own decision.

- Jesse Ghiorzi was the latest "pinch hitter" at LoHud and put together a solid piece discussing Andy Pettitte's HOF credentials.  I, like Jesse, am a big Pettitte fan, but I also, like Jesse, recognize that Andy's numbers don't add up to being HOF worthy.  Hall of Very Good, yes.  But not Hall of Fame.

- All kinds of good stuff going on at RAB with their new weekend crew.  Stephen Rhoads had a solid post about his recent interaction with Mark Teixeira and Teix's perceived boringness.

- And Brock Cohen came up with a very humorous post built around quantifying players' GRIT factors.  Any time you can combine bagging on traditional MSM bullshit and take shots at Dustin Pedroia, I'm on board with it.

- Lastly, Mike Axisa, my number one source for logical pitching opinions, makes the argument today that The Meat Tray might actually be the best option for 5th starter.  The numbers support it and I would certainly welcome him over Millwood or Garcia, the question is will Cash and the ownership? 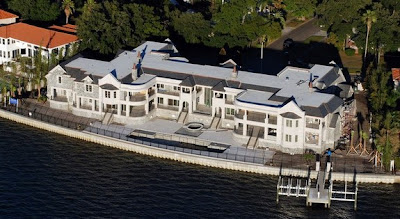 (Photo courtesy of TBO.com)
Boy, I bet it's gonna suck to live there.
Posted by Unknown at 3:02 PM 1 comment:

Some New Stuff To Focus On

The topics of conversation around the Yankee blogosphere have been the same for about a month + now, and quite frankly, it's getting a little boring.  Yes, the back end of the rotation is a concern, but there ain't much the team can do about it right now.  No, Andy Pettitte is most likely not coming back, at least not for the start of the season.  And the bullpen and bench have been fortified with the signings of Feliciano, Soriano, and Andruw Jones.  With all that being what it is, it's time to move on and focus on stories that haven't been getting their fair shake but are going to impact the upcoming season.  Stories like:

CC's weight was a question mark when he was signed, and it has continued to be as his Yankee career has played out.  After another year in which he had a heavy workload, Carsten had knee surgery after the season.  As part of his rehab, he's reportedly been focusing on dropping some poundage to be in better shape for 2011 and ease the stress on that knee.  CC has been successful in the past being a bigger dude thanks to his athleticism and toughness, so him coming into 2011 trimmer and in better shape and presumably with a bit more attention being paid to his workload should spell good things for him.

A notoriously slow starter in Spring Training, I expect this story to start receiving some more coverage once the ST schedule starts up, especially if CC performs better than he has in the past.  I also expect that CC's awesome parachute pants will be even parachute-ier in 2011 with 20-30 fewer pounds inside them.

Almost as soon as Rothschild's hiring was announced, the next story out was that he and A.J. had spoken and had plans to work together before 2011.  Since then, there really hasn't been much else on this topic, which has left me curious.  What did they talk about?  Did they make plans to meet before ST to work on some stuff?  Did Rothschild ask A.J. about the black eye?

The fact that the 2011 rotation looks to be set to start the year means A.J. becomes even more important in helping to share the load at the top of the rotation with CC and Phil.  It's high time someone like Joel Sherman or Bryan Hoch get to the bottom of this situation and find out what A.J. and Larry have planned to help Burnett bounce back from one of the worst statistical seasons from a starting pitcher in Yankee history.

3) Kevin Long Getting His Off-Season Program Into Full "Swing"

Seriously, though, Dr. Long is already embarking on his preseason hitting tour with multiple players, including guys like Teix , Jeter, and The A-Horse, who will be coming off of down years, and Jorge, who will be experiencing his first season without the constant body battering that being a full-time catcher comes with.

Long's track record speaks for itself, so guys should be climbing over each other to get the scoop on what he's working on with everybody.  Can he find a way to get some speed back into Jeter's bat?  Does he have a plan to combat Teix's well-documented cold spells to start a season?  Can he get A-Rod's power in his legs back, bad hip and all?  If even only one of those questions is answered "yes," it means good things for a Yankee offense that be counted on big time in 2011.

In addition to CC cutting the McDonald's Dollar Menu out of his food pyramid, there is plenty of other health-related news to cover as it pertains to the Yankee lineup.  What's up with A-Rod's hip?  How's Teix's hammy feeling?  What about Gardner's wrist?  And what has Mo been doing in the offseason to prepare his 41-year-old body for another season of sprains and strains?

Guys getting back to 100% and staying there, health-wise, combined with offseason Long work could lead to huge numbers for guys like Teix and A-Rod.  It's one thing for guys to say they are good to go, it's quite another to actually see it for yourself.  Now is the time to start getting updates on who's in good shape, who's hurting, and who's going to be ready for Spring Training.

With Russell Martin signed and Frankie still in the roster, Jesus is obviously going to start the year at Triple-A, where he can continue to get innings behind the plate and everyday at-bats.  But if the Martin/Cervelli duo gets banged up, or sucks horribly, or if Jesus is lighting it up in the Minors, how long do the Yanks wait to call him up?

The potential for him to come into ST and completely kill it also exists, and that would serve to start a whole new series of rumblings about where he should be playing.  And let's not forget about Jorge.  Sure, he won't be taking a daily beating behind the plate anymore, but he's still an old fuck and he's probably going to get hurt.  If he takes an early DL stint, do you call up The Chosen One and just let him mash?  Lotsa options with The Jesus.

This story is an absolute "must cover" as far as I'm concerned.  That binder Joe was toting around in the postseason would have had most high school kids falling over in the hallways and just laying on the ground like turtles if they were carrying it in their backpacks.  With the additions of Feliciano and Soriano, plus the likely addition of a new garbage time long reliever, 2011's binder is going to be insane!  Whole entire forests will be depleted just to produce the paper needed for its pages.  It is truly going to be a thing to behold.

The sooner somebody gets a picture of that thing, the better.  If I had to guess, I would bet it's going to look something like this: 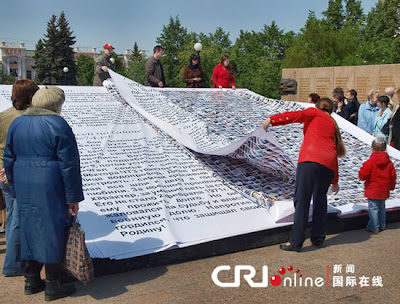 Now That That's Over With... 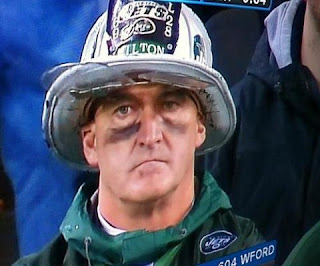 (Cue the sad "Price Is Right" music)
Sorry, Jets fans.  I know the wound is probably still fresh after last night, but look on the bright side.  Nobody gave you a shot to beat the Patriots and you proved all of them wrong.  You just shot your wad last week and didn't get up for yesterday's game.  It happens.  But now you can move on to more important matters, like the fact that pitchers and catchers report in 3 weeks!  And the Yankees season starts in just 66 days!!!  FUUUUUUUUCK YEAH!!!!

Unless, of course, you happen to also be a Mets fan.  In which case I would suggest getting another bottle of something with which to drown your sorrows that will undoubtedly continue into the 2011 baseball season.  Or maybe you should get 2 bottles, that way you can get drunk enough to try to convince yourself that Johan's shoulder isn't completely shot and that Chris Capuano and Chris Young will actually do something positive in the rotation this season.
Posted by Unknown at 8:36 AM No comments: