AB4AR's 10 Fearless Predictions For The 2011 Season 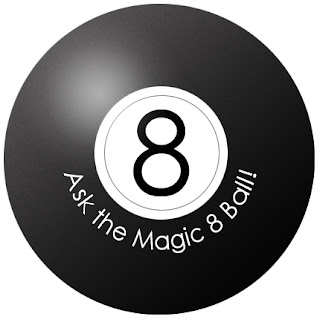 The previews are done so it's time to get nuts.  Well not nuts, but a little bit bold as I make some predictions for the Yanks in 2011.  Granted, some of these won't be as out there as others.  Quite frankly some of them will be stuff that any idiot SportsCenter anchor could have told you, but I honestly believe each and every one of them will come to fruition this season.  So if you're thinking about some prop bets on the Bombers for 2011, you can take all of these predictions (Or some. Or none) to the bank, baby!

1) Derek Jeter will rebound enough at the plate this year for Joe to keep him as the leadoff hitter against lefties.  But not enough that Joe won't scrap his plan to use Gardner against righties as Gardner will flourish in the role.

2) Phil Hughes will essentially bypass A.J. as the #2 starter with a better approach and more improved secondary stuff this year, earning himself a 2nd straight ASG nod in the process.

3) Russell Martin will stay healthy and productive enough to hold down the starting catcher spot for the entire season.

4) Jesus Montero will start heating up with the bat in late May-early June and be called up to replace Francisco Cervelli.  In one week in August he will play for 4 consecutive games, both behind the plate and as the DH, and will have 6 XBH (3 of them homers) and drive in 7 over that 4-game span, serving notice to everybody that he IS the real deal.

5) Joba won't quite get back to being 2007 Joba in the 'pen, but he will be better than the 2009 and 2010 versions.  He and D-Rob both will earn some more high-leverage innings when Soriano starts to hiccup midseason.

6) 3 Yankees will win Gold Gloves this year: Cano, Teixeira, and Brett Gardner (thanks to an injury to Carl Crawford).

7) At some point in June or July, the Yankees will hit a rough patch and we will see at least one ridiculous story saying they should trade Betances, Romine, and Mason Williams for somebody like Fausto Carmona, and another one saying they should call up Banuelos.  They will do neither.  And Andy Pettitte will not be coming back.  Ever.  He's done.

8) We will see Andrew Brackman in a Yankee uniform this season.  And also Hector Noesi and David Phelps at some point.  We won't see Banuelos or Betances in one, though.

9) Both Robinson Cano and Mark Teixeira will finish in the top 5 of the MVP voting, Cano coming in 2nd and Teix 5th.  A-Rod, despite having a good year, will only finish 9th after making a mid-summer DL stint.

10) The Yankees, behind their monster bullpen and CC and Phil at the top of the rotation, will win the 2011 World Series in 6 games over the Colorado Rockies, sending Jorge Posada (but not Mo) off into retirement on top.
Posted by Unknown at 12:03 PM No comments:

If you missed any of the great AB4AR Season Previews, here's some good news.  You still have the rest of today and tomorrow to catch up and be ready for Opening Day.  And I, being the gracious blogger that I am, have taken the time to put all the previews together here in one neat little post.  Hey!  It's double good news!

The Rotation (Part I)

And as if that wasn't enough, I've still got my 10 Fearless Predictions for 2011 coming later today.  So take some time out of your work day and study up.  And if you want to really want to bone up, check out the "Known/Unknown" series from earlier in the month.

** And be ready for the Opening Day live blog tomorrow, starting at 1PM EST, high noon for me.  **
Posted by Unknown at 9:28 AM No comments: