Another Reason To Hate The Red Sox

Get fucked, Bill Lee.  Get fucked right in that burned out "Spaceman" head of yours with a rusty garden spade and then choke to death on your own blood.

Just another case of a whiny Red Sox pussy who couldn't just take his beating from the Yankees and The Boss like a man so he has to get his jollies laughing at George's death.  You'll be lucky to get a scroll line on the ESPN ticker when you die, Bill, so take your saltiness and your ugly hat and go suck a dick.

P.S.- R.I.P., Boss.  Feel free to strike this asshat down with your otherworldly powers from beyond.
Posted by Unknown at 12:40 PM 1 comment:

The Yankees At The Break: Part II 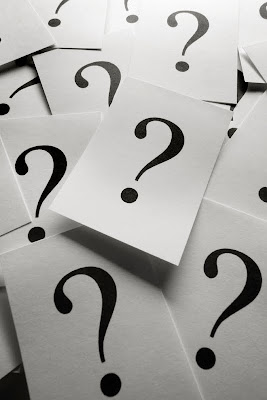 The 5 Biggest Stories To Consider For The Second Half

1) Can The Team Stay Healthy?- The Yanks are 24 games over .500 at the break despite having Jorge Posada, Alex Rodriguez, Nick Swisher, Curtis Granderson, Brett Gardner, Nick Johnson, Alfredo Aceves, Chan Ho Park, Mariano Rivera, Marcus Thames, and Sergio Mitre miss some portion of time due to injury.  There have been more at-bats than you'd like to see for the Frankie Cervellis, Ramiro Penas, and Kevin Russos of the world and somehow they still made it work.  In the second half of the season, when all the bumps and bruises and soreness really set in for everybody, they might not be so lucky, particularly with their older players (cough, cough, Jorge).  The key will be keeping the starting rotation intact.  So far, that has been the only part of the team not to be bitten by the injury bug.

2) What Moves Will They Make Before The Trade Deadline?- Always one of the top questions to be asked when you're dealing with the Yankees, and one made even more important this year with the current state of the bench and the bullpen.  The Nick Johnson Experiment was a complete disaster, so a left-handed bat for the bench is a must.  And while there are plenty of options in Triple-A to help solidify the 'pen, you know the Yankees will never turn down experienced Major League guys with proven track records.  I wouldn't expect anything drastic at the deadline; probably a repeat of last year's Hinske and Hairston deals: 2 mid-level guys added for minimal Minor League talent to help boost depth.  One for the 'pen and one for the bench and I think we'd all be happy.

3) How Do They Fix The 'Pen?- Given how thin the group already is in there with Mitre and Ace still on the shelf, the answer to this question may be the most difficult one to figure out.  As much as sending them down could help them get their shit together, Joba and Robertson aren't going anywhere.  Marte is the only lefty, so he stays too.  I think it's safe to say that we aren't going to see much of CHoP or Gaudin in any high-leverage situation, and probably even safer to say that were Mitre and Ace healthy, we wouldn't even be talking about CHoP and Gaudin as current Yankee pitchers.  The trade deadline could bring in some new arms, as could promotion from within (see: Jon Albaladejo, Mark Melancon, Romulo Sanchez, Royce Ring, Ivan Nova).

First and foremost, however, the guys that are still here need to start throwing strikes.  Too many walks has been a constant issue for these guys this season, especially Robertson and Marte.  Too many walks leads to too many runs, and with the number of bombs these clowns are giving up, they can't afford to put people on base.  There obviously isn't going to be a complete overhaul, so guys like Marte, Robertson, and Joba need to get back to the basics of being aggressive, attacking hitters, locating pitches down in the zone, and pitching from ahead in the count to set up their off-speed stuff instead of behind in the count where they have no choice but to throw a fastball down the middle.

4) Who's Going To Pick It Up At The Plate?- We touched on the offensive down trend for many of the guys in the lineup yesterday, so now the question becomes "who is going to step up?"  Teix has looked much better in the last couple weeks and with a big second half could still drive in 120 runs.  A-Rod's power had started to come back before the All-Star break, but he still needs to get the average up.  And Jeter has been hitting the ball harder the last few weeks, although his trademark patience at the plate is still nowhere near where it should be.

You'd like to think that all 3 of those guys will have better second halves of the season, and if they do then the team should be in good shape, but perhaps the biggest question mark is Curtis Granderson.  He got off to a slow start, got hurt, and has never really gotten in the groove since rejoining the lineup.  Can he break out in the second half and start jacking triples and homers left and right?  Or will he continue to put up 0-3's and 1-4's all the time and get murdered by left-handed pitching.  Swish and Gardy carried the outfield load in the first half; they could use a little help in the second.

5) What Will The Postseason Rotation Look Like?- Let's be honest, there's no way the Yankees aren't making the postseason this year.  They've had a hit-or-miss year at the plate as a team, they have one of the worst bullpens in baseball, and they're still 56-32 and chewing up their magic number faster than you can read this sentence.  So them making the show in October isn't the question.  What is the question is which 4 guys are going to make up the postseason rotation?

CC and Andy are obviously in, but the other 2 spots aren't as cut and dry.  When he's on, A.J. is one of the best in the game and he had a couple of great starts in the 2009 playoffs.  But he also shit the bed big time in Game 5 of the World Series and he's already been up and down this year, so you just never know what you're going to get.  Javy was the worst pitcher in baseball through April, but since then he's arguably been one of the best (3.23 ERA through June, already 2 great starts in July), which should grant him consideration.  But then you have to remember the horrors of 2004 and how all that could affect him because you know the media will bring it up.  And then there's Phil Hughes, who has been the 3rd-best starter on the team this year, but has never pitched a full season as a starter in the Majors and is working on an innings limit.  Obviously the team doesn't want to risk his future, especially if he shows signs of fatigue towards the end of the year, but if somebody else gets hurt or is pitching like shit, he could get the call.

So there you have it, folks.  In less than a day I've told you all the important stuff that's already happened this year and the important stuff you need to know moving forward.  And I did it all without having to refer to FanGraphs or Baseball-Reference once.  The things I do for you people.

You're welcome.
Posted by Unknown at 10:58 AM No comments: