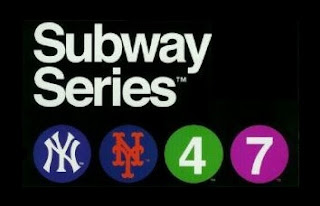 Granderson Not Cleared To Swing Either

It was reported last week that Curtis Granderson had been cleared to start swinging a bat, and Granderson tweeting out a picture of his injured arm without a brace on it seemed to support that report.  Yesterday, however, we were given some differing information via Dan Martin of The Post.

According to Martin's report and C-Grand himself, Curtis has yet to start swinging a bat and has not even been given a timetable for when he can begin.  While the doctors have been pleased with his progress so far, they want to see how his arm holds up to throwing a ball before progressing to swinging.

This makes us 2-2 on "can't swing yet" updates following a similar report on Mark Teixeira this past weekend.  As with Teix, this latest info on Curtis makes it seem like an early May return won't be possible, but also as with Teix, it's probably for the best that Granderson get more time to completely heal than less.  Remember that he still needs to get a full compliment of rehab/prehab swings in before returning to full game action, so late-May/early-June isn't out of the question.

For a guy whose scouting reports I usually enjoy reading and give some weight to, I was very disappointed in Keith Law's feedback on the Saturday Low-A Charleston game he watched and reported back on, and not just because he didn't have much positive to say about any of the Yankee prospects.