The short season leagues kick off this week in the Minors, bringing the Yankee farm system up to full song for the 2013 season.  In case you missed it, Stacey Gotsulias took a trip to Media Day for the Staten Island Yankees and got to talk to some of their coaches about the upcoming season and I highly recommend you check that out as a way to get up to speed on what's in store for that club this year.  After the jump, there's a quick primer on what and who you should be looking at on the field.

The Yankees picked up a win yesterday afternoon, salvaging a small piece of pride from this West Coast trip and giving themselves something to build on for the next homestand.  As was the case during their recent losing streak, they won in rather frustrating fashion, getting out early and coasting through 8 innings before watching their bullpen aces almost give away a 6-run lead in the 9th.  Had they lost that game we'd be looking at a threat level red meltdown this morning, so it was nice to avoid that.  It's also nice to know that, despite the brutal offensive performance and continued injury problems, the Yanks come home just 2 games back in the loss column in the AL East and tied for the 2nd Wild Card spot.

The "just tread water until the regulars come back" plan has fallen apart rapidly with the return trips to the DL for C-Grand and Kevin Youkilis and Teix's latest setback with his wrist, and now the Yanks are looking at Francisco Cervelli as the new earliest guy back sometime after the All Star Break.  They're going to have to keep trying to find a way to win with the roster as presently constructed, which will be no small task if the last few weeks are any indication.  Here are a few things that need to happen to keep them competitive and in the hunt. 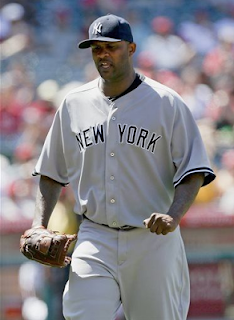