Well that's it, ladies and germs.  The 2012 Winter Meetings are over and they were an especially quiet 4 days for the Yankees.  After rumors that today could be a big wheeling and dealing day for Cash, it ended up being about the same as the 3 before it.  Now we move into the offseason doldrums with plenty for the Yanks still to do.

- The Rule 5 Draft kicked the day off, with the Yankees neither gaining nor losing a player.  They were already filled to the brim on the 40-man, so no additions wasn't surprising, but it was nice to be able to hold onto pitchers like Graham Stoneburner and Vidal Nuno.

- Joel Sherman reported early in the day that Brian Cashman was "frustrated" with the way the meetings were going, a report later confirmed by Dan Barbarisi and his story about Cash not having the authority to make any FA deals this week.

- Not surprisingly, Cash said he spent the majority of his time this week discussing trades rather than FA signings, as reported by Chad Jennings.

- Danny Knobler had Curtis Granderson on the list of 5 outfielders the Phillies were targeting.  C-Grand trade talks picked up as the week went on, and I expect that to continue moving forward.

- One of the few third base candidates the Yankees did not get involved in was Michael Young.  Sherman reported that the Yanks didn't ask Texas about him because they didn't believe he could play third full-time.

- Jennings also reported that the Yankees did NOT talk to San Diego about Chase Headley.  It couldn't have hurt to try, but I guess Cash knew he didn't have the pieces to make it happen.

- Andy Martino connected the Yankees to the R.A. Dickey trade talks today, even though they didn't have the trade chips to meet the Mets' demands.  That would have been interesting.

- The biggest news of the day was the Yanks making their 1-year/$12 million offer to Kevin Youkilis.  Even though Ken Rosenthal later reported that he had gotten 2 year offers in the $16-18 mil range, I still think the Yanks' offer to Youkilis is a pretty good one for him.
Posted by Unknown at 6:06 PM No comments: 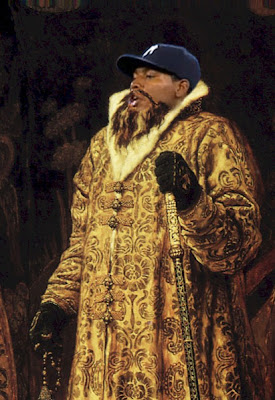 (This year he really was Ivan The Terrible)﻿

Last week I looked at Robinson Cano's disconcerting decline in production against left-handed pitching this past season, and what might have been the cause for the change.  This week I'd like to do the same thing with another negative 2012 trend, that being Ivan Nova's insanely high number of extra base hits allowed.

Hopes were high for Nova in 2012 after his strong finish to 2011.  And in plain English he just flat out sucked this season.  There's no other way to say it.  Despite setting new career bests in starts (28), IP (170.1), K rate (20.5%, 8.08/9), and BB rate (7.5%, 2.96/9), Nova's season was defined by his 5.02/4.60 ERA/FIP split and the never-ending barrage of XBH flying off of opposing bats that led to those high values.  Nova's 87 XBH allowed were head and shoulders above his closest competition, not the type of league-leading black ink you want on your stats ledger, but the changes in his K and BB numbers suggests this shouldn't have been the case.  So what the hell happened to Ivan this year that he became a glorified BP pitcher while seemingly improving his stuff and command?
Read more »
Posted by Unknown at 12:46 PM No comments: 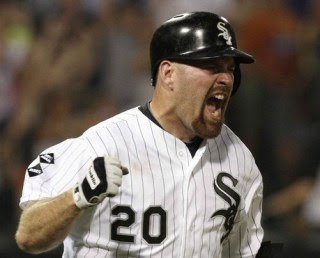