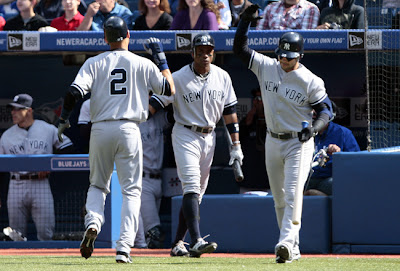 You know it's officially the baseball offseason when the major publications start putting their top prospects lists out, and Baseball America is always one of the most anticipated lists.  This list isn't supposed to be officially released until Friday, but luckily for us Josh Norris, Mr. Everything Trenton Thunder, was able to get the advanced scoop on Baseball America's top 10 Yankee prospects list for 2012-2013 and was gracious enough to tweet it out this past weekend in order to get the always-fun prospect debates going nice and early.  After the jump, check out BA's top 10 and my quick takes.
Read more »
Posted by Unknown at 8:00 AM No comments: