Chris Stewart Is The New Hotness

I think my exact words when the Yankees made the Kontos-Stewart trade and sent Frankie down to the Minors were:

"If there's one thing that Chris Stewart brings to the table, it's an elite-level bat.  You might get lucky on some offspeed stuff away every now and then, but you flat out aren't sneaking an inside fastball past this guy.  Make even the smallest mistake and he's going to make you pay."

And sure enough, guy is out there raking tonight.  Making Bill Dickey in his prime look like Rube from "Major League 2."

Posted by Unknown at 8:47 PM No comments:

As if the Andy Pettitte 2012 Comeback Party and the Phil Hughes Early-Season Struggle Extravaganza weren't enough to stoke the rotation fire, the party could be getting crowded again in the next month or so with yesterday's news that Michael Pineda threw a 25-pitch bullpen session yesterday and reported no pain or problems with his right shoulder.

The word, according to Mark Carig, is that Pineda will throw another 'pen session sometime later this week and then who knows from there.  If he comes through without any further problems, the next logical step would be a MiL rehab assignment.  But with recent memories of Hughes' shoulder problems last year still fresh in everybody's mind, it wouldn't surprise me if the Yankees played it extra careful with Pineda.  If I were a betting man, I'd say we see Andy back in the rotation before Big Mike.
Posted by Unknown at 2:18 PM No comments:

Andy Pettitte is coming. While the 5 guys currently in the rotation work to find their games and get where they need to be, the fact remains that Pettitte, barring injury, is going to be ready to join the rotation at some point in the near future. With the way his first 2 comeback/rehab starts have gone, and yes I say this knowing full well they were against High-A hitters, it looks like that date is going to come sooner rather than later. Pettitte has been effective and efficient in both of his first 2 starts, throwing 79 pitches in 7 total innings of work, and according to scouts who were on-hand to watch him Sunday, his stuff progressed very nicely from the 1st start to the 2nd. With all of that in mind, let's have a little fun and try to figure out exactly when Andy might make his return.

Joe has said already that he envisions Andy making 5 or 6 starts as part of his extended ST to build his arm and leg strength up to game shape, and he said last Sunday that he considered Andy's Sunday outing to be number 2 in that series. Andy's pitch count was 25 in his first outing and he threw 32, and it was reportedly somewhere around 45 Sunday and he threw 47. That number is still nowhere near the level he will need to be stretched out to in order to be an effective starter at the Major League level, so I think it's a safe bet to assume he will make the additional 4 starts that were a part of the plan before the Yankees even consider bringing him back. Joe also said yesterday that the plan was for Andy's pitch count to increase by about 15 in his next outing.

Considering those bits of info, and the fact that Andy received an extra day of rest between start 1 and start 2, it will be important to balance out the expected increases in pitch count over these next 4 starts while getting him back onto a regular rest cycle, which appears to be the plan heading into his next scheduled start on Friday. Combining all these factors together into a pitching plan for the remainder of his starts, I anticipate we will see something like this: 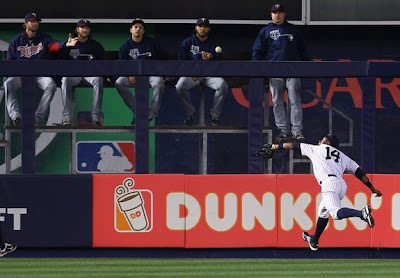