Reassessing The Yankee Lineup At The Break 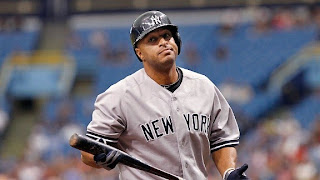 Last and most certainly least in our quick little ASB reassessment series is the lineup.  By now, everybody's well versed in how weak this year's offense has been so the less said about it the better.  They rank in at least the bottom third of almost every major offensive category in baseball this season, and since the start of May they've been neck and neck with the Marlins for worst offense in the game.  Injuries have played a major part in the lineup's struggles this season, as have the cheap stopgap replacements for those injuries that have unfortunately had to take on bigger roles.  The lineup is the clear cut weakness of this team at the break, and if the Yankees don't end up making the postseason this year it will almost assuredly be due to the lack of offense. 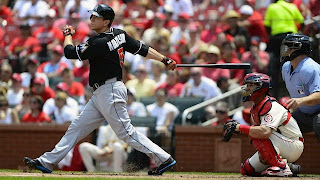 Deadline week kicked off yesterday with a look at the Yankees' biggest needs heading into the final 2 weeks before the July 31st non-waiver date.  There are more than usual for a Yankee team and almost all of them - certainly the most important ones - are on the offensive portion of the roster.  To their credit, the Yankees have been doing their homework on players who could fit these needs for a few weeks now, giving hope that they'll actually make a move to help the lineup for the first time since signing Lyle Overbay.  After the jump, find the 5 players the Yankees have been linked to the most recently.

Assuming, of course, that what Joel Sherman reported in The Post yesterday has some truth to it.  That's a disclaimer that always has to come with any Sherman report, but if the team's strategy he laid out is actually what they're following then it might just be the smartest thing they've ever done with Hughes.

Basically it comes down to the Yankees not being willing to move Phil Hughes at the deadline just for the sake of moving him, which is the right approach to take.  According to Sherman, they're looking for more than just a stopgap or some mid-level prospects in return for him.  They want a position player with some years of control left - something the future lineup could really use - and if they don't get that they plan on keeping Hughes and making him a qualifying offer this offseason.  If a team is willing to sign him and forfeit the pick, the Yanks get another compensatory 1st round draft pick next year.  If no one is, the Yanks get Hughes back for another year in his prime and get another chance to move him at next year's deadline.

At worst, they come out with an extra 1st round pick in the 2014 draft if they follow this plan.  That's pretty good value for a guy who they weren't going to re-sign anyway.  At best, the Yanks get a useful piece that can help re-tool the lineup and achieve next year's payroll budget goal.  Anything less than that and the Yankees are better off keeping Hughes for the rest of this season, be it as a back end rotation guy or in the 'pen.  Kudos to Cash and the front office for being smart enough to realize that.  Now let's see if they follow through on the plan.

That's video of Alex Rodriguez homering in his Double-A rehab game last night, courtesy of Josh Norris.  Was that a little pimpage I detected at the plate after the initial contact??  I think it was.  If so, that's a really good sign.  It's been a lot of GB outs and little pop for A-Rod since he started his rehab assignment a few weeks ago.  With just a few days remaining until his time is up, it's good to not only see him hit a ball deep and over the fence but know off the bat that it's gone.

We haven't heard many details about how his hip has been feeling since he started playing again.  Maybe this is a sign that it's feeling good and A-Rod has confidence in it now.  The Yankees need right-handed power in the absolute worsest of worst ways, and as long as MLB hasn't officially stuck it to him that power might as well come from The Horse.