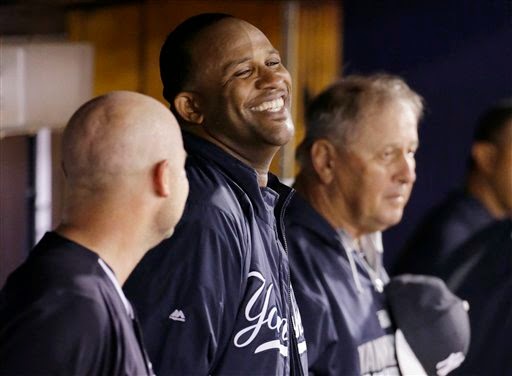 A Quick Word On The Shift 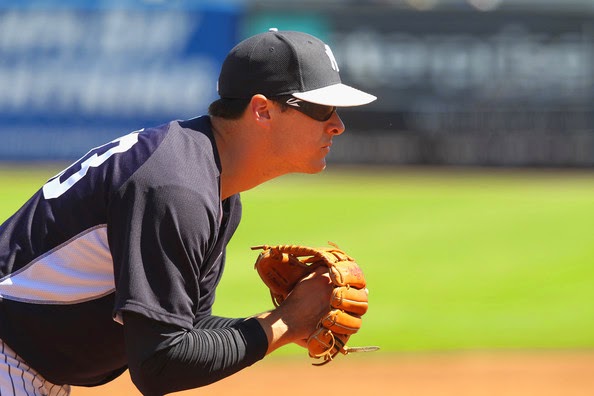 (Just one more thing for Johnson to learn at third.  Courtesy of Getty Images)

Yesterday, Pete Caldera wrote an interesting little article about the Yankees' plans to employ infield shifts more this year as part of their in-game defensive strategy.  They're one of the teams that hasn't been as quick to jump on the shift bandwagon as a team like the Rays, and with a very old and very range-limited starting infield this season it makes sense to try to cover some of those infield range holes with a shift in situations that call for it. 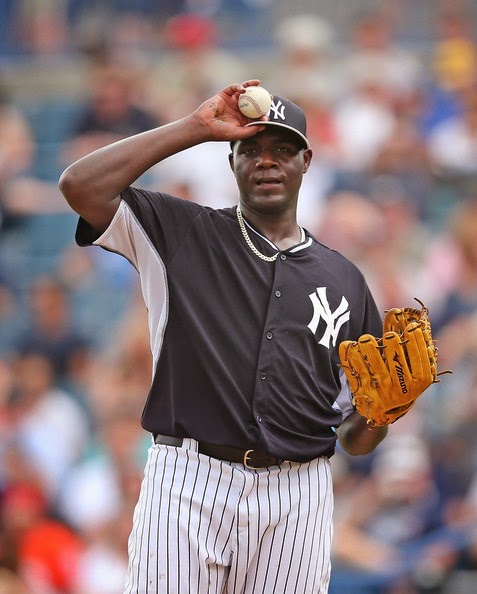 That Michael Pineda was formally announced as the winner of the ST 5th starter competition yesterday was hardly a surprise.  He was clearly the best man for the job based on what he showed in his first 4 ST appearances (2 ER, 16 K/1 BB in 15.0 IP).  What was a little bit of a surprise was Joe's declaration that Pineda would not have an innings limit this season.  The Yankees have been so, so careful bringing Pineda back from his shoulder injury.  As a young pitcher with only 1 full season of innings under his belt, it stood to reason that they would continue that strategy and put some kind of cap on his workload this year.

With the rest of the spring rotation set, the Yanks used 9 non-rotation guys to work 9 innings against the Phillies last night.  They combined to allow 6 runs in a 6-0 loss.

- The big news of the day was Joe officially announcing Michael Pineda as the 5th starter.  Hard to say Pineda didn't earn the job.  Noteworthy was Joe's statement that Pineda would not have an innings limit.  Doubt that's 100% true.

- Jacoby Ellsbury returned to the field as the DH in a MiL game and did so without any problems.  He went 1-6 with 2 BB and is scheduled to play another MiL game today.

- When asked about Brendan Ryan's status, Joe said he'd be "really surprised" if Ryan was on the Opening Day roster.