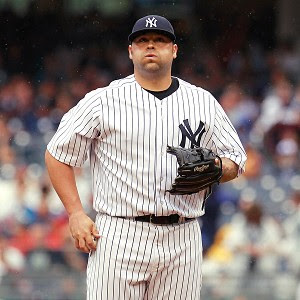 As usual, I invite anybody who hasn't already read the story, and is a big fan of literary self-torture, to check it out in its entirety.  If you have enough intelligence to know that's a horrible idea, you can check out the lowlights and my comments after the jump.

"Joba Chamberlain is not the phenom he used to be... "

"He's no longer that wide-eyed kid who emerged from a Nebraska cornfield, firing 100 mph fastballs first and answering questions later."

What was he, one of the ghosts from "Field Of Dreams?"  The guy was a top-50 draft pick and moved through the MiL system.  He didn't just come out of nowhere.  And who asks questions after they throw a pitch?  That cliche doesn't work there at all.

"Once considered must-see TV, Joba would throw his first pitch before a press box left half-empty by a simultaneous briefing held by Supreme Court Justice Sonia Sotomayor, a lifelong Yankees fan who had sat among the Bleacher Creature crowd."

Wait a minute.  You mean to tell me that a 10-run lead got chopped ALL THE WAY DOWN to a 9-run lead because of Joba??? 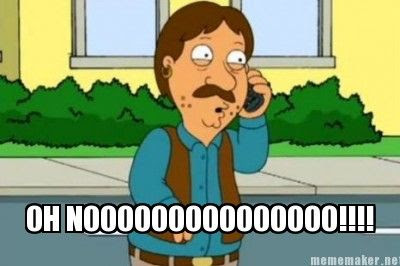 "Chamberlain topped out at 93 mph, and his stuff was ordinary enough for the slap-hitting likes of Endy Chavez to drive a run-scoring double over Ichiro's head."

Because Joba never gave up an extra base hit EVER before he got hurt.  And it's not like anybody else on the Yankee pitching staff has been giving up too many XBH this season.  Oh wait...

"Just another wrong turn on the road to stardom."

Goddamn Stardom Road!  It's not even properly located on Google Maps.  And who put the damn sign right behind that giant tree branch??

"Chamberlain was once so rare, so special, that the front office refused to let Joe Torre manage him the way he saw fit."

Again, shouldn't that be more of a reflection on Torre and just how abysmal his bullpen management skills were?  What does that have to do with Joba in the present day?

"The midges got to him in Cleveland, and nothing's been quite the same since."

Ahh, so it was the midges that caused him to fall off the trampoline.  I knew it!

Seriously, I'm only slightly exaggerating when I say that might be one of the worst sentences I've ever read in all my life of reading sports writing.

"... if Rivera were healthy, Chamberlain would be a middle reliever stuck behind Mo, Rafael Soriano and David Robertson on the depth chart."

He would have been that anyway.

"He would be the highest-profile backup this side of Tim Tebow."

THEN WHY THE FUCK DID YOU JUST DRAG HIS ENTIRE PROFESSIONAL BASEBALL CAREER THROUGH THE MUD, YOU FUCKHEAD?!?!?!  Honestly, you brought his DUI into it, his former rotation battle with Hughes, past questions about his work ethic.  Your entire article was constructed like it was "Joba Chamberlain's Worst Hits," and now you want to tell me that his comeback outing, that you went out of your way to downplay, is a "pretty good story?"  Get fucked.

"For one rainy day, it was nice to see the former phenom named Joba Chamberlain heading places, even if his likely destination isn't Monument Park."

Real talk, Joba Chamberlain was NEVER going to end up in Monument Park.  Ever.  So don't even bring that up like it's a failure on his part.

The guy was pitching at the Major League level for the first time since coming off of RECONSTRUCTIVE ELBOW SURGERY, not to mention some pretty serious ankle surgery.  He still came back ahead of schedule and without issue.  That's the story here, nothing more and nothing less.  Yeah, we all got excited about Joba's radar gun readings in his MiL outings, but I honestly didn't expect that right out of the gate yesterday and the fact that he didn't come out and do that is in no way a negative.  He's still working his way back, he's going to get better, and his presence in the bullpen makes the bullpen better.  The way O'Conner writes it, it's like the Yankees would have been better off keeping Chad Qualls on the roster and trading Joba for Casey McGehee.

If you want to go piss on somebody's grave, Ian, at least make sure they're dead first.  And if they aren't, don't start holding a funeral for them just because you can't think of anything better to write about.  For the time being, just take this bit of friendly advice.

This is one of the most satisfying articles I have read since FJM stopped responding to Morgans weekly web chats. Thanks for the great response. Now seriously, can we somehow start a blogger revolution to get all three of the ESPN idiot writers fired. I always hated Matthews the most but they are all sooooo bad. Let's do it internet!

Thanks for the comment. Glad you liked the piece.

Those types of stories are just the worst kind, and they're the kind that pop up far too often on ESPN NY.