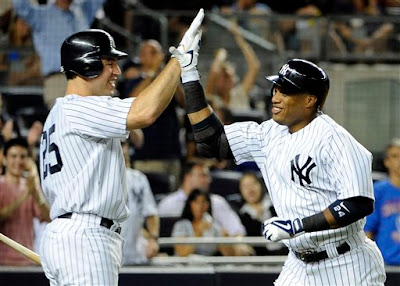 - Unfortunately, the offense could do no more after that or in extras, and Derek Lowe's awful 2-base throwing error led to the eventual winning run on a groundout in the 11th.  Shitty way to lose.

Second game of the series is tonight.  Phil Hughes for the Yankees and Ricky Romero for the Jays after he got pushed from last night's scheduled start.  The 'pen has to be a bit overworked after the last 2 games, especially the late-inning guys, so some length from Phil would be nice.
Posted by Unknown at 7:14 AM