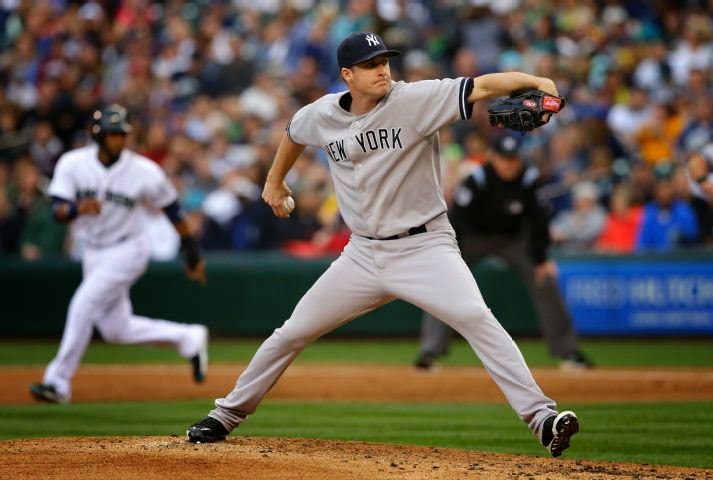 That's Whitley's pitch location plot against all the Seattle left-handed hitters last night.  He threw 64 of his uber-efficient 82 pitches to lefties and in a slight variation to what had been his norm, featured the slider more prominently.  He threw it 28.1% of the time, up from his lower 20s average, and scaled back the usage of his 4-seamer and changeup a tad.  Whitley also added a bit of a new wrinkle by throwing his sinker 12 times.  Coming into last night, he had only thrown it about 20 times to lefties in all his previous starts combined.  Last night he seemed to be using it as a way to disguise his changeup.

Whitley's sinker has a similar tailing action away from left-handed hitters to that of his changeup.  According to Texas Leaguers PITCHf/x system, its -7.66 inches of horizontal movement was almost identical to the -.780 inches on the changeup last night, as was the general location of the 2 pitches (down and away).  I didn't watch the game, but looking at the plots and numbers now, it seems to me like Whitley was using his 2-seamer as a way to keep Seattle's lefties off his changeup.  If they were expecting changeup and got something different, they weren't prepared for it.  If they misread a 2-seamer as changeup out of his hand, they were way ahead of the pitch and hitting it for weak contact.

The slider was Whitley's way of mixing up his offerings early in the count.  He threw it for a first pitch in 8 of the 23 PA against lefty hitters, along with 7 of his usual 4-seamer.  Looking at the plot for those first pitches, most of the sliders were the show-me variety located in the middle part of the strike zone:

7 of them were strikes, 5 of them were swung at, and 4 of those 5 were put in play.  We know that 1 of them became a souvenir off the bat of Logan Morrison, but the rest of them were converted to outs so between those and the other strikes, I'd say Whitley did a good job of mixing up his first pitch offerings and keeping the hitters from targeting his fastball.

Obviously the Mariners made life way easier for Whitley by swinging early and often in the count last night.  To record 23 outs on 82 pitches is almost impossible to do without a little help in that regard.  But Whitley's approach last night, whether it was his idea or not, was very smart and very well-executed and in that regard the start stands out to me as his best of the season so far and another feather in his cap.  He's really starting to come on now that Joe is loosening the leash on him.  He's pitching with confidence, he hasn't walked a batter in 4 straight games, and he's giving the rotation the reliable 3rd starter it needs.

(Pitch plots and stats courtesy of TL)
Posted by Unknown at 11:27 AM