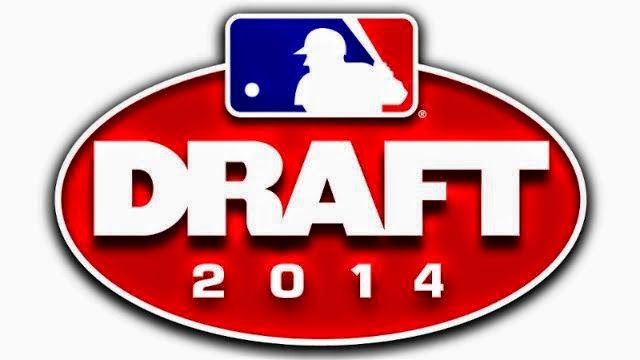 - The best pick of day 3 might have been prep pitcher Garrett Cave in the 17th round.  He's a 6'3" righty with room to add bulk and he already sports a fastball he can throw in the mid-90s on occasion and an above-average curveball.  He's committed to Florida International, so the Yanks will have to sweeten the deal money-wise to get him.

- Another high-potential prep player is 3rd baseman Will Toffey.  Taken in the 23rd round and a teammate of 2nd round pick Austin DeCarr, Toffey has good size (6'0"/200), plus athleticism, speed, and arm strength, and he could hit for good average and power as he gains more experience.

- The biggest of the big pitchers is righty reliever Jake Kelzer from Indiana University.  Taken in the 22nd round, Kelzer stands 6'8" and weighs 230 pounds.  He's a sophomore too, so maybe there's a teeny, tiny bit of Dellin Betances comparison to be had there.

- Will Gaddis, taken in the 36th round, is another HS arm with good size and good raw stuff.  He needs a lot of work, but if he makes the necessary improvements to his mechanics and approach he's got potential.

- The annual team history pick took place in the 29th round this year, when the Yanks took Mariano Rivera III.  He's a right-handed junior pitch at Iona, and his old man said he wants him to finish college.  We'll see.

I was happy with what the Yankees did on the first 2 days of the draft, but I was disappointed to not see them get more aggressive and draft for some more younger upside yesterday.  I know they're planning on going nuts on the international market, and that's probably where we'll see some more high-ceiling position players get signed, but it seems like the Yankees bypassed some talent yesterday for signability and went very heavy on relievers.  Way too early to judge this class of course, now we move on to the next few weeks and see who signs and gets into game action so we can start to evaluate.
Posted by Unknown at 12:25 PM